Manchin's "opposition to the Build Back Better Act is anti-Black, anti-child, anti-woman and anti-immigrant," Bush contended.

“Joe Manchin does not get to dictate the future of our country,” Bush wrote in her statement.

“I do not trust his assessment of what our communities need the most,” she continued. “I trust the parents in my district who can’t get to their shift without childcare. I trust the scientists who have shown us what our future will look like if we fail to meaningfully address the climate crisis. I trust the patients and doctors crying out for comprehensive health coverage for every person in America.”

“When I promised St. Louis a historic investment in children, in our seniors, in housing, and in our schools,” Bush added, “I said that I would do everything I can to actually deliver change that our community can feel. We cannot spend the next year saying, ‘the House did its part, and now it’s the Senate’s turn.’ We need the Senate to actually get this done.”

“Joe Manchin’s opposition to the Build Back Better Act is anti-Black, anti-child, anti-woman and anti-immigrant,” Bush contended. “When we talk about transformative change, we are talking about a bill that will benefit Black, brown and Indigenous communities. Those same communities are overwhelmingly excluded from the bipartisan infrastructure bill. We cannot leave anyone behind.”

“Senator Manchin,” she concludes, “must support the Build Back Better Act.”

Manchin, the Democratic West Virginia senator, has accused his fellow Democrats — particularly progressives in the House — of playing “political games” by refusing to pass the infrastructure bill, which has already passed the Senate. “Holding this [infrastructure] bill hostage is not going to work in getting my support for the reconciliation bill,” he said. 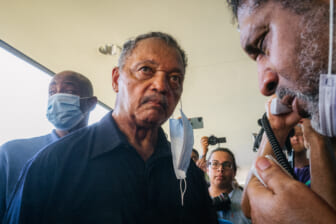 The Build Back Better social bill would guarantee universal preschool for 3- and 4-year-olds, expand Medicaid and Medicare, and dedicate significant funds to clean energy and climate change.

However, Manchin and fellow centrist Sen. Kyrsten Sinema of Arizona have stalled the bill, which would require the support of all 50 Democratic senators to pass, with Vice President Kamala Harris as the tiebreaker, as all Republicans will oppose it.

“I will not support a bill that is this consequential without thoroughly understanding the impact it will have on our national debt, our economy and the American people,” Manchin said, according to CNBC. “That is why we must allow time for complete transparency and analysis on the impact of changes to our tax code and energy and climate policies.” 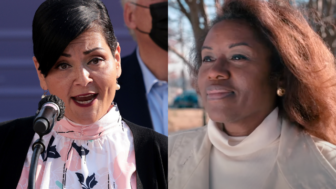 The stalling of the bills is having a devastating effect on the approval ratings of President Biden, a figure reportedly down to 42%.

“The president thinks he can get 51 votes for this bill. We’re going to trust him, we are going to do our work in the House, and let the Senate do its work,” said Rep. Pramila Jayapal of Washington.

“But we’re tired of continuing to wait for one or two people,” Jayapal maintained. “We trust the president that he will get 51 votes for this, and we will pass both bills through the House as soon as we have these final negotiations wrapped up.”