Delivery man Ricardo Land, who exposed a rat infestation at a Popeyes in Washington D.C., has been suspended from his job without pay.

The delivery man who exposed a nasty rat infestation at a Popeyes Louisiana Kitchen in Washington, D.C. has been suspended from his job as a result.

TheGrio previously reported that Ricardo Land, who was delivering raw chicken to the Popeyes at 409 8th Street SE in D.C., filmed the disturbing video and posted it to TikTok. Now, he’s out of work.

Land has since created a GoFundMe account in order to help with expenses while he’s on unpaid suspension. At the time of this posting, he’s already surpassed his $10,000 goal and has earned nearly $12K in donations.

“I have been suspended from my job due to exposure of the Popeyes franchise due to a swarm of rats in the place,” he wrote on GoFundMe. “I have a family of 5 and due to this incident, my family will be hurt by my employer. I will not be able to afford rent food or any other necessities to keep my home. I ask that you beautiful people to please donate what you can and I will be ever so grateful from my family to yours. Thank you lovely people for the support on TikTok and I will follow every one of you’ll back as soon as I can. God Bless You.”

As a result of Land’s now-viral video, the Popeyes location was immediately shut down by the D.C. Health Department.

In the clip, he ​​stands outside the chicken eatery, showing the lights of the place are off inside. “It’s this joint right here that’s wild s–t,” he says to the camera. Once inside, he turns the lights on, and the rats are exposed. Several scurry across the floor. They also run up the wall into the ceiling tiles. Land asks: “You still love that chicken from Popeyes?” 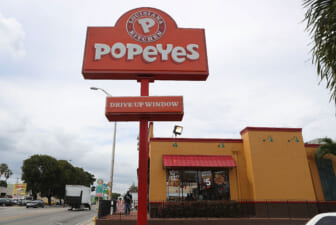 According to a report, the Popeyes location was inspected three times in 2021. In one inspection in April, it was hit with four violations. The inspection report notes an exterior door that was “not rodent proof” and cites for dead bugs in the ceiling tiles. The inspector gave its management 14 days to rectify the issues.

An inspection report in June noted that there were no violations found.

According to The Washingtonian, the Popeyes was hit with an additional 17 violations in October, “including rat droppings outside near the grease bin, openings in the kitchen ceiling and water pooled in the walk-in fridge, dishwashing area and manager’s office.” 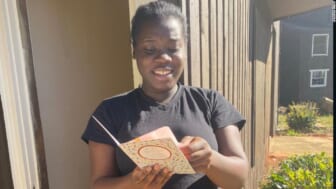 But the rat problem isn’t what caused the Popeye’s to be shut down this time around. The latest report notes the non-working thermostats in its walk-in fridge and freezer as the cause.

“Food safety and cleanliness is a top priority at Popeyes,” the company said in an emailed statement. “This restaurant has been temporarily closed, and the Franchisee who owns and operates this location is taking the appropriate steps to address the issue.”