"All those takes," Cross told viewers Wednesday on MSNBC, "are like searching the edges while refusing to see what's staring right back at you."

One of the most hotly contested gubernatorial races of the 2021 elections resulted in a devastating loss for Democrats.

However, MSNBC’s Tiffany Cross, filling in for The ReidOut host Joy Reid, noted during post-election coverage on the network Wednesday night that “education” had become “code for ‘White parents don’t like the idea of teaching about race.’”

“One of the takeaways you definitely saw is how the election, and particularly the one in Virginia, was a referendum on the left’s failure to deliver their agenda, a rebuke on everything from critical race theory to the Democrats’ election strategy,” said The Cross Connection host, per Mediaite.

“But let’s be honest,” Cross contended. “All those takes are like searching the edges while refusing to see what’s staring right back at you. And I can assure you, Black voters in Virginia are not shocked by the so-called Youngkin shocker.”

“This isn’t about enthusiasm,” she continued. “This isn’t about Democrats not doing enough to exercise their base, and this definitely is not about messaging — or even about Beloved. This is about the fact that a good chunk of voters out there are okay with White supremacy. Let’s call a thing a thing. Actually, scratch that. They are more than okay.” 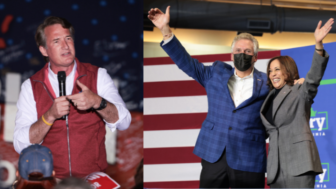 As previously reported, Youngkin’s closing ad prior to the election enlisted the support of a Fairfax County mother, who, in 2013, launched a campaign against the seminal Toni Morrison novel, Beloved.

Conservative activist Laura Murphy claimed that the book gave her son — then a high-school senior — night terrors. In the commercial, she said, “[McAuliffe] doesn’t think parents should have a say. He said that. He shut us out. Glenn Youngkin, he listens. He understands parents matter.” 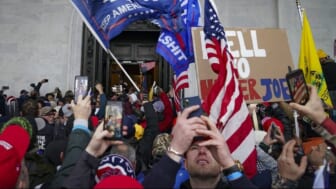 McAuliffe previously called the ad a “racist dog whistle” being used “to gin up support from the most extreme elements of his party.”

Whatever the motivation was behind Youngkin’s ads appealing to parents — it worked. Tuesday night, the former businessman became the first Republican to win a statewide office since 2009.

Democrats are perplexed by the loss in a state that elected Joe Biden by more than 16 points in the 2020 presidential race. CNN noted that Youngkin mentioned having Trump’s support early in the race, but successfully kept him at a distance during the majority of the race, and converted residents of Northern Virginia suburbs, which had previously been heavily Democratic.