Anika Noni Rose on hosting ‘Being Seen’ podcast: A way she can ‘reach out to Black women’

The Tony Award-winning actress is the host of "Being Seen's" third season, which focuses on the Black female experience

In a recent appearance on TheGrio‘s Acting Up podcast, multi-talented performer Anika Noni Rose sat down with Cortney Wills and opened up about her career and hosting of the third season of the Being Seen podcast. 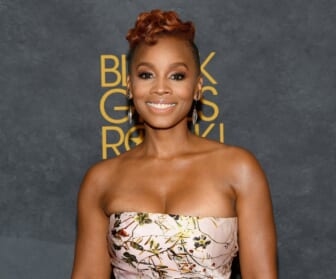 Also Read:
Anika Noni Rose to star in Showtime’s ‘Let the Right One In’

Season 3 of Being Seen, is described as, “an in-depth exploration of the Black female experience, told through ten episodes that explore the ways in which we inhabit spaces like power, freedom, desire, and safety.” When speaking about why she joined this project, she shared, “I wanted to do the podcast because it was a way to reach out to Black women themselves in a space that isn’t fictionalized.”

“We know the power of media, and the power of roles, and role-play and what fiction can do to allow people to see themselves,” she continued. “But this is a really wonderful opportunity for me to reach out to people and for people in a ‘real life’ space.”

Through the podcast, she hopes listeners will see that their struggles are not their own and that people who may appear to be “at the top of their game” are still human, and with human challenges. The podcast also spends a great deal talking about mental and physical health, as well as HIV and the stigmas surrounding it.

“We talk about HIV, which somebody would say, ‘Oh that’s not an issue anymore,’ but it is such an issue, particularly for Black women in America,” she added. “Until we actually put words into the air so that we can share conversation, none of these things will change.” 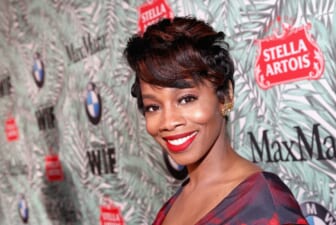 Also Read:
Anika Noni Rose on ‘Them’: ‘I’m not scared of people’s anger’

“I’m not always trying to be a teacher when I’m acting, sometimes I’m just trying to have some fun,” she added. “I do believe, if we’re going to show humanity we have to show all of humanity, but there are ways in which stories are told that do not align with me, and do not align with my spirit.”

Being Seen is produced by Harley & Co. and created in partnership with ViiV Healthcare. Read more about Being Seen, here.

The latest episode of Acting Up is available to stream now where podcasts are found.