When Hampton University alumna Nicole Barnwell thinks back to her time on the yard — from homecomings that feel like family reunions, seeing Black and brown faces fills up classrooms, and experiencing the joy and appreciation of the African diaspora — she beams with pride.

While on campus, Barnwell noticed the lack of high schoolers coming to visit Hampton University. Once she returned to New York City, she understood why. In an interview with theGrio, she argued that Black high school students aren’t uninterested in attending historically Black colleges and universities. Moreover, they don’t even know these schools exist. 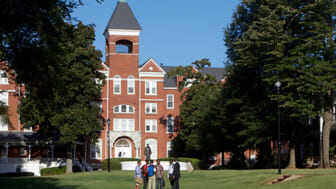 “The students I came across in the inner city were just lost, in a sense. You know, they didn’t have as much direction as it related to, you know, visiting HBCUs or even understanding what they were, or what the acronym stood for,” Barnwell explained.

So Barnwell took it upon herself to bridge the gap. In 2016, she launched The HBCU Hub, a New York City-based nonprofit organization helping youth discover, prepare, gain admission to, and enroll at historically Black colleges and universities.

Every year, The HBCU Hub accepts one class made up of rising high school juniors and seniors. From October through June, the cohort participates in a series of programming, including panel discussions with HBCU counselors and alumni. In addition, they participate in financial-aid sessions to learn about scholarships.

“So when it comes to students being able to afford HBCUs, that’s a number one area that we focused on. That’s the number one complaint we receive. People say HBCUs are too expensive and we can’t afford them. We get a lot of counselors who speak on that as well. They prefer to just send students to the local city and state schools because usually they have a little bit more help with financial aid,” Barnwell added.

More than 40 students have completed the program, earning $14,000 in scholarships for the students heading to HBCUs, and also helping students win close to $200,000 in third-party or institutional scholarships.

Oumou Kaba, a current sophomore at Clark Atlanta University, is a proud alum of the HBCU Hub. She’s beyond grateful for the relationships fostered through the program. 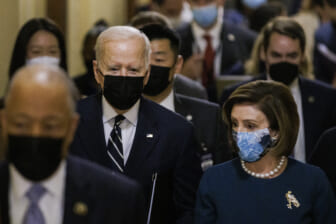 “One of the highlights is, I was going to events where I got to meet other African American students or other students of color, who were interested in going to an HBCU,” Kaba said. “I also love the panel discussions. I’m really close with one of the panelists. She’s like my mentor. And also the scholarships and the networking. I feel like if it wasn’t for the Hub, I would have been confused and I wouldn’t have been able to navigate my way through CAU.”