'It was a terrifying experience,' the actress told Self Magazine.

The 39-year-old star of Power and The Chi told Self Magazine during a cover story interview that her son, Kiyan, begged her to let her cousins call 911 after she nearly lost her balance and had to grab a refrigerator door to keep from falling. Anthony felt extremely light headed, became flush-faced and broke into a sweat in front of family members. 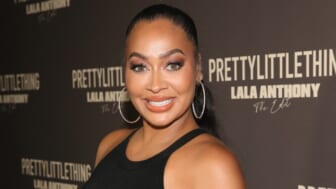 The incident reportedly took place a day after a Memorial Day barbecue. An EMT crew rushed Anthony to a local hospital where she endured a two-hour procedure, which included an ablation, a process that involves uses heat or cold energy to create small scars in one’s heart to block irregular electrical signals, restoring a healthy heartbeat, according to WebMD.

“There were a lot of scary moments,” La La Anthony told Self. “They would wake me up during the procedure and say, ‘We’re going to speed your heart up now. Just take deep breaths.’ … It was a terrifying experience.”

Anthony’s story is a cautionary tale, especially for Black people, whom studies show are disproportionately affected by some irregular heartbeat conditions. Her journey with heart problems began in 2019 when her doctor at a Beverly Hills 90210 episode shoot in Vancouver listened to her heartbeat during a medical exam.

The physician determined Anthony was having premature ventricular contractions, or PVCs — a condition in which extra heartbeats disrupt the normal rhythm of a person’s heart. At the time, Anthony told the doctor she believed she’d been having undiagnosed PVC’s for years.

“I felt my heart racing all the time, but because it’s all I ever really knew, I didn’t even know that it was necessarily something wrong,” the former MTV VJ told Self. “I just thought, ‘Oh, you just feel your heart racing sometimes because you’re working too much, you haven’t slept, you’re stressed,'”

“You know, we, especially Black people, like to self-diagnose. We got all the answers.”

An electrocardiogram (EKG) test performed after Anthony flew back to her family’s home in New York revealed she was having “30,000” extra heartbeats daily, roughly 25 percent more beats than the average person. 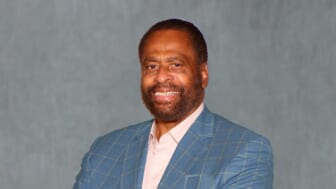 “Your heart is a muscle,” Anthony told Self. “If a muscle is working so hard all the time, eventually the muscle will get weak and cause heart attack, stroke, death, whatever it is.”

Anthony’s doctors prescribed her with medicine to correct the problem, but she says she stopped taking the drugs because they made her feel “tired and out of it.”

She told Self her son convinced her that telling her story would help others, especially Black women, who too often neglect themselves while dealing with the many stresses they endure and health problems they too often ignore.