The rapper is on the latest cover of GQ's 'Men of the Year' issue.

All eyes are on Lil Nas X. At the end of a record-breaking year for the openly gay rapper, he sat down with GQ and talked about everything from hyper-masculinity in hip-hop to avoiding becoming a one-hit-wonder after the massive success of “Old Town Road.”

As Nas X’s success has grown, social media has been rife with homophobia when discussing his boundary-pushing performances. Rapper Boosie made headlines when he took to Twitter with a homophobic rant against the rapper, just months after DaBaby caught heat for his homophobic comments at this year’s Rolling Loud festival. 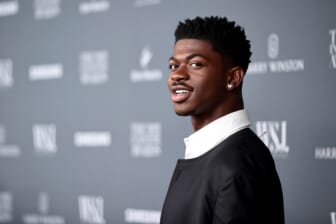 When speaking to playwright Jeremy O. Harris (Slave Play) for GQ‘s latest issue, Nas X opened up when responding to a question concerning hyper-masculinity in hip-hop. Referencing DaBaby, he explained, “I’m not going to lie, I feel bad for DaBaby. I hope he grows from it. I hope he’s able to. But I don’t know. The whole landscape is very hypermasculine.”

Nas X spoke about his debut album, Montero, which performed well but failed to hit No. 1 against Drake‘s Certified Lover Boy. He shared that while he at first was discouraged by it, he eventually “got out of it.”

“…all I thought about was how blessed I am. About where I was three years ago,” he said. “Nobody even thought that I would be here. Everybody was like, ‘One-hit-wonder this, one-hit-wonder that.’ And now it’s amazing that my competition was Drake.” 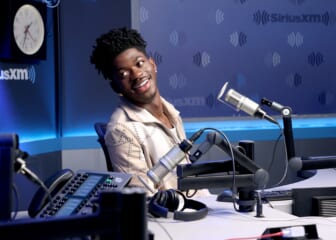 Nas X opened up about his love life, revealing that, right now, he’s “in love” with what he’s doing.

“I’ve been wanting somebody for so long and wanting somebody to love for so long, but it’s a real responsibility,” he said. “And you have to give this person your time. And I like to go missing for like a week to focus…not talk to anyone and focus on myself. And I’m more in love with what I’m doing than people.”