As TheGrio has previously reported, the follow-up to the 2018 blockbuster has been in the works for years, and now, fans are finally closer to getting it. With Ryan Coogler once again returning to write and direct, the film’s details are still under wraps, leaving many wondering where the story will go after last year’s tragic passing of Chadwick Boseman, who lead the original film, portraying T’Challa/Black Panther.

“It’s clearly very emotional without Chad, but everyone is also very excited to bring the world of Wakanda back to the public and back to the fans,” Feige shared at the global Black Widow fan event Tuesday night in Los Angeles. “We’re going to do it in a way that would make Chad proud.”

The original flick was a pop culture phenomenon that, at the time, shattered box office records, earning $1.34 billion worldwide and becoming the highest grossing “non-Avengers film” for Marvel Studios. The film even won three Oscars for score, costume design and production design, and it was the first superhero film to be nominated for Best Picture in the history of the Academy Awards.

As theGrio previously reported, Coogler opened up about his writing process and continuing to work on Black Panther 2 after the loss of Boseman, calling it “the hardest thing he’s ever had to do.”

“I’m still currently going through it,” he said on Jemele Hill’s Unbothered podcast. “One thing that I’ve learned in my short or long time on this Earth is that it’s very difficult to have perspective on something while you’re going through it.” 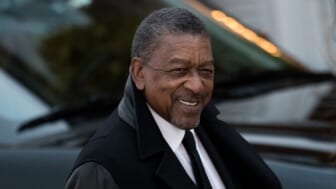 He continued, “This is one of the more profound things that I’ve gone through in my life, having to be a part of keeping this project going without this particular person who is like the glue who held it together.”

“You have a professional life, you’ve got a personal life,” Coogler concluded, “I’m going to say that when you work in something that you love, those things blend, they come together. I’m trying to find a work-life balance. But I’m not there yet, so this is without a question the hardest thing I’ve had to do in my professional life.”