The Murder Inc. founder says the singer's move is a method of devaluing her original master recordings that he says he owns.

Murder Inc. founder Irv Gotti responded to Ashanti’s announcement that she will be re-recording her eponymous debut album. The music mogul said the singer/songwriter is “trying to f— me out of my masters” with the move. 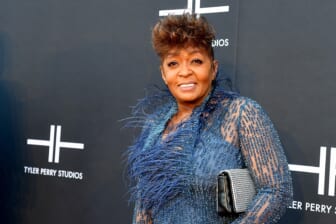 In September, Ashanti revealed during an interview on the Tamron Hall Show that she was intending to re-record her self-titled 2002 debut album and release it via her independent label, as previously reported by theGrio. Released by Murder Inc., Ashanti became a Grammy-winning smash, selling three million copies.

Gotti co-wrote and co-produced nearly every track on the album, including its two Top 10 pop singles “Happy” and the Billboard Hot 100 number one hit “Foolish.”

“I first signed to a record label when I was 14 years old,” Ashanti said. “Then see how things have changed so far. It is very important to have a conceptual understanding of what to sign. The fact that we can re-record the album and put it all together is a great blessing.”

Ashanti reiterated her intentions during a Nov. 15 interview on The Angie Martinez Show, indicating that business is a factor in re-recording the album.

“The thinking behind that is showing the business side of ownership and how important it is to own,” Ashanti said. “After this time period, I’m allowed to go in and re-record, and once I re-record the first album, [I own it]. Everything purchased from that moment, I own.”

“What she is trying to do is re record all those great records. And put them out on her label,” Gotti continued. “She can do this under the COVER laws. But she is basically trying to f— me out of my Masters. And make people decide which album to listen too or stream. Hoping her loyal fans will choose her version. But hey. I stand on the Magic that was created. And I wanna see her duplicate that Magic. It’s f—- up really. But such is life.”

Ashanti told Martinez that most of the main elements of the song structures will remain the same, but with some production updates to go along with her new vocals. “Obviously we keep the body and everything the same, but it’s just gonna sound better, clearer, more 2022 as opposed to 2002.” 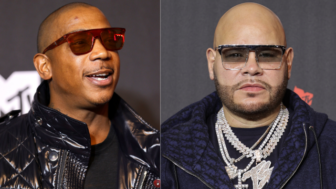 Taylor Swift is re-recording her entire back catalog after her master recordings were sold. Red (Taylor’s Version), Swift’s re-recording of her seven-times platinum 2012 album Red, was released Friday.

The late icon Prince advocated for artists to own their master recordings so that they maintain total control over their work. When record labels own masters, as many do as part of contracts signed with new artists, they can remix, repackage and release work without the artist’s permission.

Ashanti has not disclosed whether she intends to re-record any of her other albums on the Murder Inc. label.

Watch the full interview below: