The GMA host will be one of two "honorary guests" on a Dec. 9 Blue Origin flight

Good Morning America co-anchor Michael Strahan is about to add astronaut to his long list of career accomplishments thanks to Amazon founder Jeff Bezos and his rocket company Blue Origin.

The 50-year-old NFL Hall-of-Famer, who joined GMA‘s broadcast crew in 2016, is set to become one of two honorary guests on a Blue Origin space flight on Dec. 9, the company announced on Tuesday. 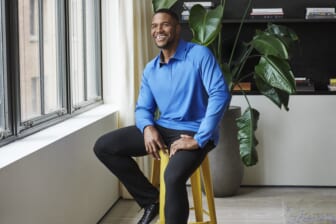 Strahan broke the news on GMA, reminding viewers that in July he covered Bezos’s historic Blue Origin flight for the morning news show.

“Blue Origin, they approached me and they asked if I wanted to be a crew member and without hesitation, I said ‘Yes’,” Strahan told fellow GMA anchors George Stephanopoulos and Robin Roberts on Tuesday.

“I wanted to go to space,” he continued when asked why he was doing this. “I think being there at first launch, it really was mind-blowing. … I do believe [space tourism] will bring about technological breakthroughs and also innovations to us here on Earth and I just wanted to be a part of it.”

Blue Origin said its other honorary guest will be Laura Shepard Churchley, the eldest daughter of the late Alan Shepard, the first American to fly to space.

Lane and Cameron Bess are set to become the first parent-child duo to fly in space.

The flight’s launch will take place around  9:00 am CST at Blue Origin’s Launch Site One in West Texas.

“This mission furthers the company’s vision of millions of people living and working in space for the benefit of Earth,” Blue Origin said in a written statement on Tuesday.

Strahan told GMA viewers that he began preparing for the journey two weeks ago when he was measured for his flight suit.

“Since I clock in at 6’5″, Blue Origin had me test out a flight seat,” Strahan said during a GMA segment about his upcoming flight.

During the segment, Strahan pointed out that 2021 has been a historic year for human space exploration thanks to earlier space flights taken by Virgin Galactic founder Richard Branson, the aforementioned Bezos, and a civilian crew of space tourists transported by Elon Musk‘s Space X aerospace company.

“You just can’t help but be in awe of watching this,” he said. “This is just magnificent, one of the greatest things I’ve ever seen in my time here on this planet.” 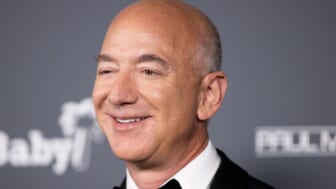 Bezos and other billionaires have faced criticism this year for spending some of their fortunes on space travel instead of using that wealth to tackle more immediate challenges here on Earth.

In October, Prince William of the United Kingdom told BBC Newscast that the world needs its greatest minds to focus on “trying to repair this planet, not trying to find the next place to go and live.”

“[It] really is quite crucial to be focusing on this [planet] rather than giving up and heading out into space to try and think of solutions for the future,” he said.

Bezos has since pledged $2 billion to transform food systems and restore environmental landscapes, according to the BBC. The 57-year-old billionaire told Strahan in July that space exploration can help the planet.

“We need to get good at going to space so that we can save the Earth,” he said at the time. “It’s true that we’ve got tons of problems here on Earth and we need to work on those in the here-and-now too.”