The soundtrack from the award-winning HBO comedy series will feature Saweetie, Thundercat, and Ro James among others.

As the HBO series Insecure draws nearer to its conclusion, show creator and star Issa Rae has unveiled the soundtrack of the fifth and final season, via her own label, Raedio. Insecure: Music From The HBO Original Series, Season 5 is scheduled to drop this Friday, as reported by Variety.

The album will include 12 tracks from an eclectic curation of artists and mostly unreleased songs. The album opener, “Get It Girl” by Saweetie, was released on November 12, while Nnena’s “Fun” was the album’s lead release in October.

Other artists on the album include R&B singers Jesse Boykins III, Ro James, duo They., and B.K. Habermehl. Also on the soundtrack are Afrobeat artists TeaMarrr and Mereba, as well as rapper Akeem Ali. A collaboration between Brainfeeder Records alternative artists Thundercat and Louis Cole can be expected on the album as well. 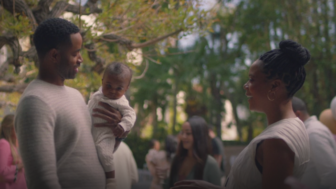 Also Read:
If parenthood is a hood, ‘Insecure’s Condola and Lawrence’s co-parenting is the ghetto

Insecure, the Peabody Award-winning comedy series, has held music in high esteem in its series.

Previous seasons have used music from various genres to help enhance the atmosphere of the series, settings, and characters. While curating songs from artists like The Internet, Kali Uchis, Thundercat, and Blood Orange, the show has also pushed original songs made for the series, like Jazmine Sullivan’s duet with Bryson Tiller, “Insecure,” Leikeli47’s “Girl Blunt,” and Xavier Omar and Anna Wise’s “Easy,” which was produced by Insecure’s longtime show music supervisor and Grammy-winner Raphael Saadiq.

Rae launched Raedio in 2019. The goal for the label is to act as a liaison between recording artists and films, commercials, TV series, and others for projects and collaborations. Atlantic Records was tapped as a distributor.

“Music has always been an essential part of every project I do and working with emerging talent is a personal passion,” Rae said. “Raedio allows me to continue that work within the music industry and audio entertainment space. The Atlantic Records team are innovators in terms of shifting and shaping culture. I’m excited to join forces with them to discover new artists.” 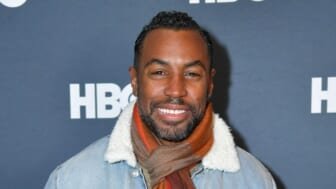 On December 5, two days following the release of the season five soundtrack, Raedio will lead a scavenger hunt in Los Angeles, the city where Insecure is set. According to Variety, fans will stop at each location featured in the series that will have interactive audio, photo and visual experiences for the soundtrack as well as sneak peeks for the upcoming We Stay Looking podcast.

Participants will have a chance to win a March 2022 weekend in Washington D.C. for a specially curated experience by Raedio. This will include round-trip flights, a hotel stay, and tickets to the experience. To enter, text “Looking” to Raedio’s Community number: 310.356.9895.

Here’s the tracklist for Insecure: Music From The HBO Original Series, Season 5: