In remarks from the White House on Monday, President Biden emphasized the need for vaccine boosters as a new strain of COVID-19 makes its way to the United States.

President Joe Biden on Monday said that the new omicron variant of the coronavirus is “a cause for concern, not a cause for panic” during presidential remarks on Monday at the White House.

The president said any plans to face the current virus mutation and any new COVID-19 threats will be met with a push for vaccines and boosters — not by “shutdowns and lockdowns.”

From the Roosevelt Room with Vice President Kamala Harris and Dr. Anthony Fauci by his side, President Biden responded to questions about his call for travel restrictions to eight African nations that took effect Monday.

“Travel restrictions slow the spread [of omicron] although it does not prevent it,” said the president as he stood in front of a festive holiday garland around a fireplace. He added, “sooner or later we will get it (Omicron)” in the United States.

South African President Cyril Ramaphosa, however, wants the travel ban lifted against the Sub-Saharan African nations after scientists in his nation first identified the presence of the omicron variant. President Ramaphosa called the travel restrictions to his country and others “scientifically unjustified” and “disappointing.”

Officials in Africa are upset and expressed feeling penalized for simply having the science and technology to determine the new variant before other nations, including the United States.

Dr. Ayoade Alakija, chair of the African Union’s Africa Vaccine Delivery Alliance, also slammed the travel bans on southern African nations as a singling out of Africa. “This is discriminatory and xenophobia and it is wrong,” Dr. Alakija said in an interview with the BBC.

“The only thing the prohibition on travel will do is to further damage the economies of the affected countries and undermine their ability to respond to, and recover from, the pandemic,” said Ramaphosa.

Here in the U.S., activist and civil rights icon Reverend Jesse Jackson Sr. took to Twitter over the holiday to call on the United States and other world leaders to “help” African and poor nations, not punish them.

“Africans are 1/8th of the human race. For [years] the US imported Africans & exported cotton. The U.S. & World are in Africa’s debt … We need less bans &more vaccine,” Jackson tweeted.

National Urban League President Marc Morial told theGrio on Monday that he “strongly” believes that the U.S. and other western nations have an obligation to make “many more vaccines” available to Africa “and other emerging nations as the vaccine is the best weapon against the pandemic.”

During his remarks, President Biden acknowledged that “vaccinating the world is just one more tool” to combat the pandemic, emphasizing that the United States “shipped for free more vaccines to other countries than all other countries in the world combined.”

Providing hard numbers, the president said that 275 million vaccines have been sent from the U.S. to 110 countries. He called on other world governments to step up as well. 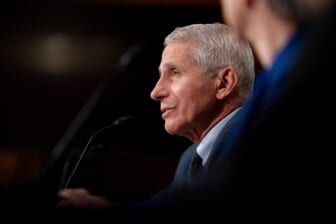 After meeting with the White House COVID-19 Response Team, President Biden gave credit to the scientists and technologies in South Africa for identifying the omicron variant.

Despite criticisms the Biden administration has received for its travel restrictions in Africa, Morial of the National Urban League told theGrio that he believes “the travel ban is necessary.”

“I cannot second guess health professionals on the need for it,” he said. Morial did, however, acknowledge that there are potential economic impacts that “can’t be ignored due to this ban.”

“An extended ban could impact business and leisure travel to the U.S. from these countries and of course these countries could in turn ban travel by U.S. citizens,” he added.

President Biden said the best prevention against any form of COVID is to be fully vaccinated and get a booster shot.

In the United States, over 80,000 locations coast to coast are offering free boosters and vaccinations to prevent death and severe disease or disability.

Concern over the omicron variant and decisions that have been made so far regarding U.S. travel in southern Africa comes as the United States is seeing an uptick in COVID-19 cases.

Dr. Anthony Fauci told theGrio that “the vaccines are waning” and therefore the nation is seeing more vaccinated people being hospitalized with COVID infections. The president’s chief medical advisor is urging the nation to get boosters right away, especially as Americans go indoors and as they come together during the winter months and holidays.

“It is a complicated situation,” Fauci told theGrio, as the nation approaches 100,000 infections per day. The infections are driven not exclusively but “predominately” by people who are not vaccinated, he said. Dr. Fauci said roughly about 30% of the adult population are not vaccinated. In total, 60 million Americans who are eligible for vaccinations are not yet inoculated.

Emphasizing the urgency to get a booster shot, Fauci said it has even greater effectiveness than the initial doses.

When it comes to the omicron variant and the Black community, doctors are weighing in with concerns about equity. 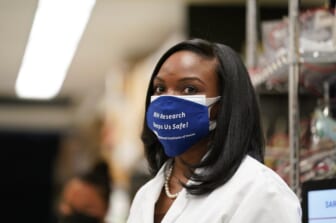 ”Pervasive racial inequities are as problematic for the uptake of booster vaccines as they were for the initial doses. These inequities are predominantly attributable to gaps in access to primary healthcare,” Dr. Alison Galvani of the Yale Center for Infectious Disease told TheGrio.

“If you don’t have a primary care provider recommending the booster vaccine, you are less likely to receive one”

Unfortunately, omicron will likely have a disproportionately negative impact on communities of color, especially Black Americans, as is consistent with almost every other disease outside of COVID-19.

But Dr. Gigi El-Bayoumi, founding director of the Rodham Institute and a professor of medicine at George Washington University, told theGrio that although the mutations that omicron exhibits are concerning, “we are still learning whether or not it will be as infectious as the delta variant.”

“We have had other variants such as alpha and gamma that did not prove to have the same devastating impact that the original covid and variant delta has had.

“However, like any rapidly developing story, it is important that the public understand that as new information becomes available, there will be updates,” Dr. El-Bayoumi added.

El-Bayoumi said there is “promising” new treatment that appears to kill viral replication and reduces both death and hospitalization “when given at the first onset of COVID symptoms.”

However, she cautioned that there are “theoretical concerns” about the medication’s potential impact on human DNA.

An often overlooked but growing concern of the pandemic is its impact beyond the coronavirus itself. A recently published report by the DC Department of Health, found five major concerns: Delayed Preventative and Chronic Disease Care; Long-term Effects of COVID-19 Infection; Economic Impact and Job Loss; Mental Health Stress, Social Isolation, Trauma, and Grief; and Loss of Academic, Social, and Emotional Growth in Children.