Jonshel Alexander, child actor in ‘Beasts of the Southern Wild,’ killed at 22

Alexander, a New Orleans native who grew up in the 8th Ward, was shot dead in her hometown's 7th Ward Saturday night.

A young actress who played a supporting role in the Academy Award-nominated film Beasts of the Southern Wild was shot and killed in New Orleans on Saturday night.

Jonshel Alexander was reportedly with a man in a car when an assailant shot them both. The man drove himself to the hospital, while Alexander was pronounced dead at the scene by paramedics, according to The New Orleans Times-Picayune. She was 22 years old.

The shooting occurred in the city’s 7th Ward.

Alexander was a native of New Orleans. She grew up in the 8th Ward, the youngest of three children. According to her local newspaper, Alexander was creative from a young age and participated in cheerleading and dance classes, then modeling and acting school.

At the age of 12, she was cast from the 4,000-plus who auditioned for Beasts of the Southern Wild, the 2012 drama about a storm-threatened bayou community and the people who live there. In the Sundance Film Festival Grand Jury Prize-winner, Quvenzhané Wallis played Hushpuppy, a precocious little girl who, with her father and her group of friends, braces for an impending storm in The Bathtub, their island community.

Wallis was nominated for an Oscar for Best Actress for her portrayal and remains the youngest person ever nominated in that category.

According to Nola.com, Beasts of the Southern Wild director Benh Zeitlin was captivated by Alexander, who was too old to play the lead role, so was instead chosen for a key supportive role. He described her as an “absolute one-of-a-kind, unforgettable, force-of-nature human being.” He noted that the girl embodied the name of her character, Joy Strong. 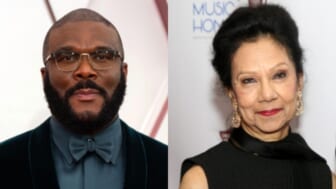 Zeitlin, who has been in touch with Alexander’s family since the shooting, said he was “completely devastated” by the news of her death.

Her mother, Shelly Alexander, told the outlet on Tuesday that her child — who had an infant daughter of her own, Devynne Robinson — “brought life to everything.”

“Jonshel was feisty, jazzy, spoiled,” she added. “It was her way or no way. Jonshel was like, ‘It’s going to be me.'” 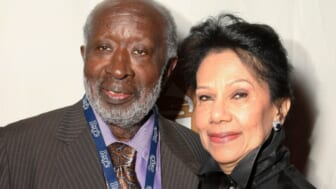 Investigators have identified a vehicle, a maroon pickup truck, that was used in the shooting and are currently working to locate a person of interest captured on video wearing a hooded face mask. People with information about the truck or the crime are being asked to call homicide detective Brittany Kimbrough at (504) 658-5300 or anonymously reach out to Crimestoppers of Greater New Orleans at (504) 822-1111 or (877) 903-7867.

Condolences for Alexander are pouring in on social media. The Pointe-au-Chien Indian Tribe wrote, “We are deeply saddened by this news. Our Condolences to the family and friends of Jonshel Alexander, one of the brilliant child actors in ‘Beasts of the Southern Wild.’”

A fan also wrote in touching tribute: “wow. rest in peace jonshel alexander, this life is unfair and we can only imagine how much more you had to give. thank you for playing such a powerful role in a film that impacted me so much as a child.”