Neither will appeal their three-game suspensions.

Antonio Brown and two other NFL players have been suspended immediately for three games without pay by the league for violating COVID-19 protocols. 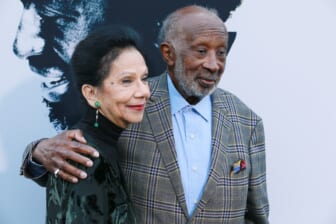 The Tampa Bay Buccaneers wide receiver and his teammate Mike Edwards were suspended Thursday. Free agent John Franklin III, if signed by a team, is also ineligible to play in the next three games.

All three players have accepted the discipline and waived their right of appeal. The suspensions are effective immediately.

The NFL Players Association, which developed the protocols along with the league, represented the three players during a review of recent allegations that players misrepresented their vaccination status. Brown, Edwards, a cornerback, and Franklin, a defensive back who last played for the Bucs in 2019, were found in violation of the protocols.

Brown, who has made news for a number of off-field issues including sexual assault accusations, (later settled out of court) is alleged to have stiffed a personal chef on his payment. The chef, Steven Ruiz, says that Brown’s girlfriend, Cydney Moreau, approached Ruiz about obtaining a vaccination card for Brown, offering him $500, per ESPN.

Ruiz was not able to provide the card, which falsely indicated that Brown had received the Johnson & Johnson vaccine, but Brown later showed him cards he had obtained for him and Moreau.

In November, Ruiz brought the faked cards to the attention of the public via the Tampa Bay Times after he alleges Brown reneged on a $10,000 payment. Ruiz also alleged that a second Bucs player had also misrepresented his vaccination status. That would appear to be Edwards.

Brown’s lawyer, Sean Burstyn told ESPN that he was vaccinated: “If Antonio’s doctors and the guidelines require a booster shot, then at that time, he’ll be happy to do it live on TV and everyone can come watch,” Burstyn said.

NFL players are not mandated to be vaccinated, but they must follow different protocols from vaccinated players, including maintaining their distance from other players, coaches, and staff, wearing masks in common areas, and restrictions on eating with other players and travel.

In November, the defending Super Bowl champions led by seven-time champion quarterback Tom Brady said that they had received vaccination cards from all players with “no irregularities.” It is a federal criminal offense to produce a fake vaccination card.

Brown has been out of the Bucs lineup, missing one game after contracting COVID and then hobbled for several games with an ankle injury. He wasn’t scheduled to return to the lineup for two more games.

Brown was recruited by Brady after a spate of personal issues that included a bizarre three-team odyssey that led him to both the Raiders and the Patriots in 2019. Brown signed with the Bucs in 2020, winning a championship with the team last year.

Brown and Edwards received harsher penalties than Green Bay Packers quarterback Aaron Rodgers, the league’s reigning MVP, who misled the team about his vaccination status last month. Rodgers was fined $14,000 after contracting COVID. He’d told the team he was “immunized” and did not follow established NFL COVID protocols, including contact with teammates and mask-wearing.

Rodgers gave an interview to broadcaster Pat McAfee, saying that he’d consulted conservative commentator Joe Rogan once he contracted COVID to “build his immune system.” In a follow-up interview, he said that he’d also talked to his doctors and friends who had contracted COVID after his own diagnosis.

“The health and safety of players and personnel is our top priority,” the NFL and NFLPA said in a joint statement. “The protocols were jointly developed working with our respective experts to ensure that we are practicing and playing football as safely as possible during the ongoing pandemic. The NFL-NFLPA jointly reinforce their commitment and further emphasize the importance of strict adherence to the protocols to protect the well-being of everyone associated with the NFL.”

The Buccaneers issued a statement of its own after the suspensions were announced.

“We appreciate the League’s timely handling of this matter and recognize the importance of the health and safety protocols that have been established. We will continue to implement all league COVID-19 protocols,” reads a post to the team’s official account.