For more than seven years, no one has known what happened to $600,000 in checks and cash that was stolen from a safe at Pastor Joel Osteen’s Houston megachurch, which has one of the largest congregations in the country.

Now, there’s a possible plot twist in the case: The money might never have left the church and a plumber could have helped solve the mystery.

Houston police are investigating whether cash and checks discovered by a plumber during repair work that was being done at Lakewood Church is connected to the money that was stolen in 2014.

The revived investigation comes after a plumber on Thursday called The Morning Bullpen with George, Mo & Erik on 100.3 The Bull during a segment on the Houston radio station in which people were asked to talk about the most unusual things of value they had ever found.

Some callers talked about finding $100 or a ring before the plumber went on the air with his story of what he found while repairing a leaky toilet at the church about four weeks ago.

“I went to go remove the toilet and I moved some insulation away and about 500 envelopes fell out of the wall. I was like ‘oh wow.’ I got my flashlight, shined up in there,” the plumber said in audio provided by the Houston radio station.

The plumber, who only identified himself as Justin, told the radio program he thought the envelopes full of money were connected to the 2014 theft and immediately told the church’s maintenance supervisor, who then contacted police. KPRC-TV first reported the plumber’s story to the radio station. 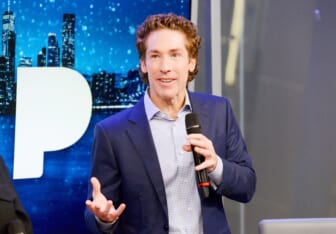 George Lindsey, one of the show’s hosts, called the plumber’s story “the most out there, is this real kind of moment that we’ve ever had as part of our show.”

Lakewood Church did not confirm the plumber’s account of what he found.

In a statement, Lakewood Church said an undisclosed amount of cash and checks were recently found during repair work but did not offer additional details about the discovery or whether it could be tied to the missing $600,000.

“Lakewood immediately notified the Houston Police Department and is assisting them with their investigation. Lakewood has no further comment at this time,” the church said in its brief statement.

In a statement Friday, Houston police said officers were called to the church on Nov. 10 after cash, checks and money orders were found inside a wall.

While the investigation continues, evidence from checks that were found suggests the money discovered in the wall is connected to the 2014 theft, police said. 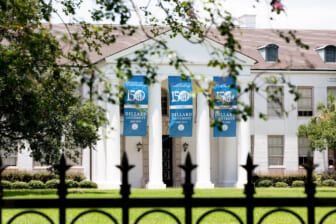 The undisclosed amount of money found in the wall was inventoried and “left in the custody of Lakewood Church since it was property found on its premises,” police said.

The church had said the stolen funds were fully insured.

Shortly after the burglary, a $25,000 reward was offered for information on solving the theft. No arrests were made in the case.

Lindsey said the plumber should get some sort of reward for what he found.

About 43,500 people attend weekly services at Lakewood, making it the largest megachurch in the U.S., according to the Hartford Institute for Religion Research. Osteen’s televised sermons reach about 100 countries.