Grammy-winning singer Mýa speaks to theGrio about her new film, 'My Favorite Christmas Melody,' set to premiere on Lifetime

The multi-talented Mýa Harrison has accomplished a lot in over two decades in the music industry.

Well, she has filled this void with her latest film, My Favorite Christmas Melody. When approached to star in the movie, she was drawn in to the challenge.

“I was very excited about it, especially being that it was Christmas oriented because that was new for me,” Harrison, who goes by the singular stage name Mýa, told theGrio. “I’ve actually never done a Christmas album or released any Christmas singles, so that was a big attraction.” 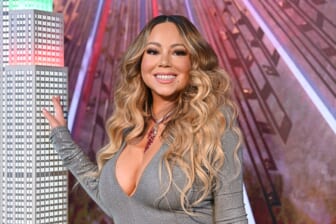 Also Read:
Mariah Carey’s ‘All I Want For Christmas Is You’ certified diamond, makes history

My Favorite Christmas Melody tells the story of an up-and-coming singer/songwriter, Abby, who regains her zest to create music after a traumatic episode that altered her career trajectory. Abby, played by Mýa, becomes a successful commercial jingle writer after one of her original songs gets plagiarized. It takes her helping her mom, a high school principal, and working with Travis, the school’s music teacher, and his students to get her songwriting mojo back.

The new holiday movie, premiering on Lifetime on Sunday night, not only was an outlet for the “Lady Marmalade” singer to deliver some Christmas cheer, but also showcase the ups and downs of the music industry and the process of songwriting, collaboration and inspiration. Mýa, who has spent the last decade as an independent artist, understands all of these nuances and brings them to the television screen.

She spoke with theGrio about her new movie, as well as what fans have to look forward to for new music.

“I felt very, very comfortable at telling the story with, of course, the holiday full circle theme of going back home, finding your footing and your roots and being more connected to your family and friends,” Mýa said. “And then also rekindling your spirit and love for your gift of music.”

Abby getting her song stolen was a big component of the film, and Mýa has seen her fair share of such nefarious behavior to be able to embody Abby and relate to her circumstances.

“I’ve been in the music business for over 23 years now, so there have been all kinds of leaks, all kinds of lyrics titles, someone leaked a full album that I worked for two years, just devastation,” Mýa explained. “Well, you know, you push forward. You learn that life comes with the blows and you can’t accept sunshine without a little bit of rain.”

Mýa speaks about her character, Abby, who finds the inspiration to write again after getting closer to Travis, a teacher at her mom’s school. Together, as she reluctantly begins to collaborate with him, she gets that lift up she needed. She said that Abby was “very uncomfortable” working with Travis, but “you walk in faith and hope for the best and put your best foot forward. But there was a little bit of hesitancy on her side because of what she had just been through.” 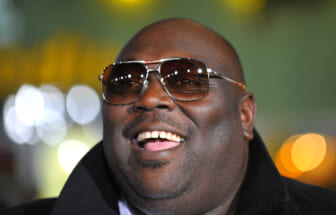 Walking in faith and hope is something that Mýa has first-hand knowledge of when it comes to her career. She left the world of major labels behind. She’s released her last four albums on her own label, Planet 9, and she couldn’t be any more at peace: making music on her own terms and her own timeline.

“I am an independent artist on my own label, so I now have this freedom, these past 13-14 years, to do things out of the love and the need, the necessity to get something off my chest, therapy,” Mýa said. “Whether it’s just for me and private or it actually being birthed as something that I do want to share on stage or on wax, you know, vinyl, CDs, now streaming. But that freedom, that artistic freedom with no pressure, no deadlines can allow some beauty to flow and magic flow because it’s for the right reasons.”

Now, her fans can get ready for new music. Her most recent single, “Worth It,” finds Mýa singing and rapping about how she’s winning from her decision to go independent, owning her masters, all while publishing and keeping herself healthy and young.

“It just felt organic,” Mýa said. “Because it is the truth about the independent journey and the payoff in the end that we don’t always see when we’re starting something new or stepping into territory, or not conforming and fitting within a box or other people’s definition of success. But really, going with your gut instinct and following your heart and letting that lead the way and it’s preserved my spirit, my physical, my mental and I feel like I’ve arrived at the truest me.”

Mýa said her best work may be just around the corner. Last year, she released the video and single for “Space and Time,” collaborating with Grammy-nominated production duo Louis York. She said that the three of them made a whole project and it will be her next full length offering.

The song “is a part of a big body of work coming that was so proud of and we recorded most of the music in Nashville, Tennessee, over the course of seven years,” she said. “So excited to share that with the world because it’s my best work ever, ever.”

Whether through her working with York, or portraying a singer/songwriter finding her inspiration again in a Christmas film, Mýa said collaboration is the key component of her success.

“There’s nothing like collaboration, and my career is full of collaborations,” she said. “It’s always amazing to work with people that are not the same as you. You know, whether it’s a different genre of music, whether it’s a different type of style or delivery. And I find that some of the most amazing art happens when you are stepping out of your comfort zone and then also working with another person’s energy, the feedback that you get from collaboration. There’s a synergy that happens.”