The godfather of hip-hop journalism has died of undisclosed causes.

Author, and essayist Greg Tate, known as the godfather of hip-hop journalism, has died of undisclosed causes. He was 64. 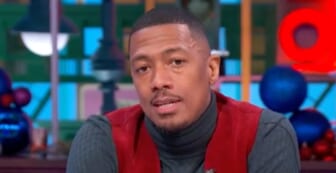 “Absolutely gutted to learn (from a trusted source) that Greg Tate has left this dimension. What a hero he’s been — a fiercely original critical voice, a deep musician, an encouraging big brother to so many of us,” Chinen wrote, sparking a wave of tributes from artists, fans, and colleagues.

One Twitter user wrote in response to the sad news, “This is crushing news. Greg is such a unique voice in American letters, as well as an adventurous composer, sartorial guru, renaissance man and all-around nice guy. What a gut-wrenching loss! My condolences to his family and close friends.”

Another added, “Ohh noooo! This is a deep heartbreak–a loss for American culture, a personal loss for many of us in NYC’s music and art scenes…he was so vital, so committed, in every sense of the words.”

A third commented, “He was the only reason I read the Village Voice when I lived in NYC. So sad. Condolences to his family & friends.”

Author Hua Hsu tweeted, “rip greg tate… impossible to mimic, though we all tried… a giant, a good and big-hearted person, the realest one… wrote this in 2016 and could have easily written 100,000 more words about his influence on us.”

Tate was born and raised in Dayton, Ohio, and studied film and journalism at Howard University. He joined The Village Voice in 1987 as a staff writer and gained popularity in 1992 with the release of his collection of essays about Black music titled “Flyboy in The Buttermilk.”

In a 2016 interview with New York Amsterdam News, Tate explained why he followed up with “Flyboy 2: The Greg Tate Reader”: “I’ve had a lot of people tell me that the collection [“Flyboy in the Buttermilk”] is a serious contender as a classic. I figured why not take this opportunity to look at the work I had done since 1992 and also go back and include some things that I wasn’t able to get into Flyboy. I was contacted six years ago. I decided to draw out the selection process. I’m glad I did.”

In the same interview, Tate discussed how his writing was impacted when the crack epidemic hit New York City in 1986.

“I moved to Harlem in 1984. I can recall the day the FBI ran the Jamaican weed dealers out of Harlem and within a few months’ time, the Dominicans came in and the crack trade moved in my neighborhood full force,” he explained.

“Harlem, in particular, became dominated by a “30 block drug bazaar,” where you could get drugs on any corner. Kids were directing people, telling them where to go. You knew the police were in on it. It wasn’t even speculation. They were actually robbing drug dealers. They were getting paid off. There was no way you could have that much dope being sold on every corner and not have them know.” 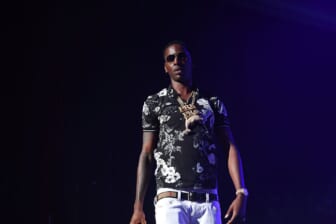 Tate noted that he penned several “pieces on the neighborhood itself.”

“A lot of people were involved in just maintaining sanity,” he added.

Tate’s work has been featured in The New York Times, The Washington Post, Essence, VIBE and Rolling Stone.

One of Tate’s final interviews was with NPR , during which he spoke about iconic Strata-East Records.