2 UGA buildings to be named for trail-blazing Black students

The science library will be named in memory of Shirley Mathis McBay, the first Black student to earn a doctorate from UGA in 1966

The Georgia Board of Regents on Tuesday approved naming two University of Georgia campus buildings after Black graduates who made history at the institution.

The science library will be named in memory of Shirley Mathis McBay, the first Black student to earn a doctorate from UGA in 1966, The Atlanta Journal-Constitution reported. McBay, who became a math professor at Spelman College, died two weeks ago at 86.

The board also approved UGA’s plan to name a student residential hall under construction after Harold A. Black, Mary Blackwell Diallo and Kerry Rushin Miller, the first Black students to enroll as freshmen and complete their undergraduate degrees. 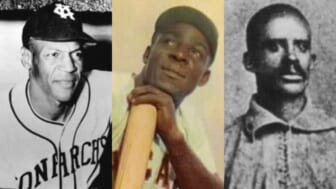 UGA’s proposal to name the buildings followed a decision by the University System of Georgia regents not to remove names of any people associated with slavery, segregation or the mistreatment of Native Americans from 75 buildings statewide.

Regents decide the names of buildings and facilities at all of Georgia’s 26 public universities and colleges. Their next scheduled meeting is in January. 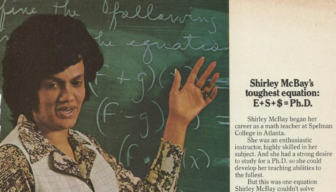 When regents rejected renaming buildings honoring people associated with the mistreatment of Blacks and Native Americans on Nov. 22, they adopted a statement saying that “Going forward, the board is committed to naming actions that reflect the strength and energy of Georgia’s diversity.”

But some critics said naming buildings for early Black graduates doesn’t make it right to leave names of racists on other buildings.