Former Real Housewives of Atlanta star Porsha Williams was confronted by animal rights activists for wearing fur during a book signing on Wednesday.

Williams, who was promoting her new book The Pursuit of Porsha in West Hollywood, was approached by an activist who was pleading for her to stop wearing fur.

“Ladies and gentlemen, I am not here to interrupt anything,” said the activist, as Williams was signing books. “We are here to ask Porsha – Porsha please stop wearing fur! I’m a big fan, and I really ask you to please go fur-free!”

Unbothered, Williams continued to sign books, as her crowd of fans began chanting “we love fur,” as the woman was escorted out. 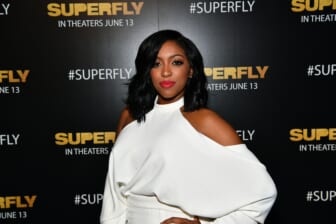 The 40-year-old reality star, who has publicly shared her life on television for nearly a decade, offers a more introspective approach to her personal growth in her new book.

Joining the RHOA in its fifth season in 2012, Williams gave fans a peek into her relationships, friendships and family.

Originally married to former NFL star Kordell Stewart, Williams showed the woes of her marriage and many viewers pointed out the “controlling and chauvinistic” behaviors Stewart displayed.

Williams divorced in 2013 and found her new “prince charming” in entrepreneur and businessman Dennis McKinley in 2018. William’s life seemed to have come to a high point— she found independence, love and family, and her first child Pilar Jhena.

However, that relationship also came to an end after Williams said that McKinley was unfaithful to her during her pregnancy.

After the end of the relationship, Williams began her current controversial engagement to entrepreneur Simon Guobadia, who was married to her former RHOA friend Falynn Guobadia.

Her relationship with Guobadia is now the focal point of her new Bravo show, Porsha’s Family Matters: The Legendary Ms. Williams. 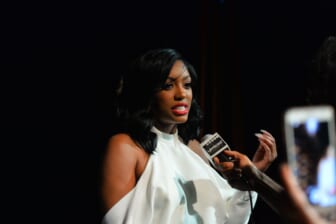 Her book, however, dives into more aspects of her life that have not been shown on television.

The star opened up about her bouts with childhood depression, leading to her thoughts of suicide as a young girl.

“I was too young to even understand what I was dealing with,” she told PEOPLE. She said her suicidal ideations began in middle school when she was bullied about her body.

She also dove into her father’s infidelity and her history of abusive relationships with men, including one with convicted sex offender R. Kelly.

“There had been so many other instances where I had been abused by men that my mentality (at that time) was of an abused person, and that it was okay for me to be treated like that,” she said to USA Today, explaining that she felt like she had no other option than to submit to Kelly because she “put herself in that position.”

Williams said when she finally shared the traumatizing experience with her mother, she was able to receive support and work through the pain.