The person in charge of the federal agency that sets policy and enforces civil laws for public colleges and universities admitted earlier this week that he was unaware of the student housing controversy that played out at Howard University earlier this fall.

The Breakfast Club hosts DJ Envy and Charlamagne Tha God appeared to catch U.S. Secretary of Education Miguel Cardona off guard on Monday with a question about Howard’s alleged student housing problem. Cardona was responding to interview questions about what the Biden administration was doing to specifically help historically Black colleges and universities. 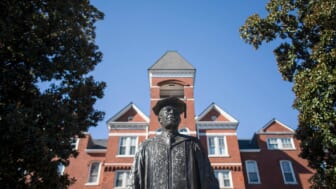 Also Read:
HBCU presidents demand seat at the table as they push Congress for billions in BBB funding

“How did you feel when you saw the housing crisis that was happening at Howard University?” Charlamagne asked Cardona.

“How did I feel about the, uh…,” Cardona replied after an awkward pause.

“I didn’t see … No, I don’t know specifically,” Cardona responded.

Envy explained that Howard students slept in tents outside the school’s Blackburn University Center for 33 days beginning Oct. 12 to protest and raise awareness about the mold, mice and bugs they said had infested campus dorms. Students and school administrators struck a deal in November to bring the protest to an end.

Howard University President Dr. A.I. Frederick discussed the controversy during his latest State of The University address on Nov. 5, telling the school’s students, faculty and staff that mold was found in 41 of Howard’s 2,700 rooms on campus and that some damage was the result of “accidental human error,” according to NPR.

In mid-November, Howard U’s NAACP chapter president Channing Hill told theGrio that the end of the tent protest was “only the beginning.”

“I can say that we have made significant strides toward public safety and environmental safety,” Hill said.

Prior to the specific question about Howard on Monday, Cardona told The Breakfast Club that the Biden administration had allocated $4 billion to HBCUs through the American Rescue Plan passed in March.

In October, the White House said the rescue plan set aside nearly $3.7 billion in pandemic relief funds for HBCUs in addition to the $1.6 billion in debt relief the Department of Education gave to 45 HBCUs earlier this year.

“There’s, I believe, another $500 million in the Build Back Better framework,” Cardona said. “That’s half a billion in this framework that we’re hoping passes soon.” 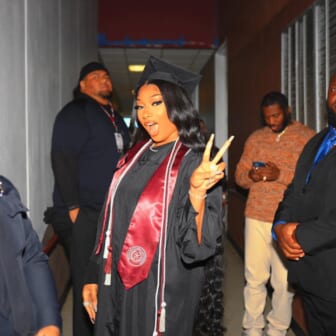 Charlamagne questioned how Howard could have problems with its facilities if so much money is being provided to HBCUs.

“It was just weird when I hear about all this money going to HBCUs, but then I see one of the top HBCUs in the country having those kind of problems, especially right there in the back yard in D.C.,” he said.

Cardona said the funds are there to support tuition and “whatever needs the students have, including housing, including transportation, including access to food.”

“There are funds there and it’s really important that we make sure that our students, all students, across the country, have access to a good facility where they can learn, where they can grow, a good school community,” he said.

Watch Cardona’s appearance on The Breakfast Club below.