5 reasons why you should watch ‘Selling Tampa’

The spin-off of the popular Netflix reality series, 'Selling Sunset,' premieres Wednesday on the streamer

Your new favorite reality series is here, just in time to binge during the holidays. Selling Tampa, an official spin-off of the popular reality series, Selling Sunset, has dropped on Netflix.

Taking cues from its popular predecessor, Selling Tampa follows a real estate firm, but instead of the West Coast location of the original, this series takes viewers down to Florida.

The official Netflix description reads: “Owned by military vet Sharelle Rosado, this all-Black, all-female real estate firm has its eyes set on dominating the Suncoast. These ladies are equally as fun as they are fiercely ambitious, with all of them vying to be on top of the lavish world of luxury waterfront real estate. Sharelle has big plans for her brokerage and won’t let anyone or anything get in the way of making her dreams a reality.”

Check out five reasons to tune into the reality series below: 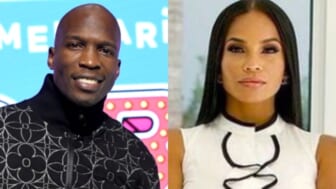 Forget the West coast, Selling Tampa is all about the Suncoast area. The spin-off will give viewers a chance to see the real estate market in Tampa, Florida. One of the agents in the series gushes in the trailer, “The real estate market in Tampa is booming right now!” Of course, just like Selling Sunset, the sunshine seems to be the filter of this series as well, with the luxury and glamorous lifestyles shining and glowing in the sun-kissed scenes.

Unlike Selling Sunset, this iteration features an all-Black cast, and we are so ready for it. The cast of stunning and hard-working realtors includes Alexis Williams, Anne-Sophie Petit, Colony Reeves, Juawana Williams, Karla Giorgio, Rena Frazier, Tennille Moore, and Sharelle Rosado, owner of the all-Black, all-female firm named Allure Realty.

Of course, it wouldn’t be a “Selling” reality show without some classic drama. By the looks of the trailer, the season will highlight some major tension between some of the women in Allure Realty. One member says in the clip, “I separate business with friendships…that’s my prerogative!”

The show will also see some of the women in the firm with eyes set outside of Allure, one of them toying with the idea of opening their own brokerage. Loyalty will certainly be tested when this gets brought up within Allure, as Rosado tells the group, “If you want to leave, I’m not begging no one to stay!”

Just like Selling Sunset, the show also gives viewers plenty of luxury to stare at and escape into. Not only from the glamorous location and amazing homes shown but also through the women in their enviable fashions. From their confessionals, work-friendly looks, and party attire, Selling Tampa may have you jotting notes on how to up your fashion game in 2022. 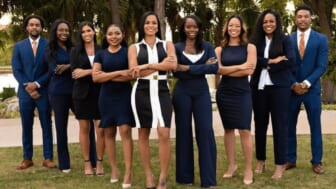 In true Netflix fashion, all of Selling Tampa is available to binge in its entirety. That’s right, the show comes just in time for holiday breaks, with every episode ready for you to consume. So sit down, grab the family and hop into the fabulous world of Selling Tampa.

Selling Tampa is available to stream now on Netflix.