Prosecutor: Officer who killed Daunte Wright made a ‘blunder of epic proportions’

Prosecutors rebuffed defense attorney arguments that Wright was at least partly responsible for his own demise.

Closing arguments in former police officer Kim Potter‘s manslaughter trial for the fatal shooting of Daunte Wright began Monday morning with the prosecution rebuffing defense attorney arguments that Wright was at least partly responsible for his own demise.

“We’re here because the defendant, Kimberly Potter, a 26-year veteran of the Brooklyn Center Police Department, pulled the wrong weapon and she shot and killed Daunte Wright,” prosecutor Erin Eldridge told the jury. “This case is very simple. It’s about the defendant’s reckless handling of her firearm.” 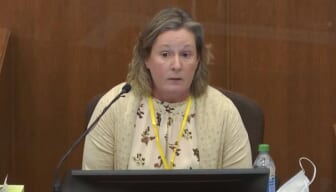 Potter and fellow Brooklyn Center officer Anthony Luckey pulled Wright over for having expired tags and air fresheners hanging from his rearview mirror on April 11. The officers later discovered Wright had an outstanding misdemeanor warrant for failure to appear in court and ordered Wright to step out of his vehicle so they could arrest him.

Police body cam video presented during the trial showed Luckey and Potter handcuffing Wright before the 20-year-old pulled away and tried to re-enter his car in an apparent attempt to flee the scene.

The video showed Potter shouting, “Taser!” multiple times as she drew her gun before fatally shooting Wright as her fellow officer attempted to subdue him. A tearful Potter testified during her trial that she thought she was drawing her taser, not her gun, and that the shooting was a tragic accident.

“She made a series of bad choices that led to her shooting and killing Daunte Wright,” Eldridge told jurors on Monday. “This was no little oopsie. This was not putting the wrong date on a check. … This was a colossal screwup. A blunder of epic proportions.”

The now-49-year-old Potter resigned from the police department and later was charged with first- and second-degree felony manslaughter following the incident, which took place not far from where former Minneapolis Police Officer Derek Chauvin murdered George Floyd in May 2020.

Witnesses testifying in defense of Potter suggested during trial that Wright, due to his actions that day, was partly to blame for his own fatal shooting. Officer Luckey testified that he smelled marijuana and saw marijuana residue on the console of Wright’s car, according to Insider.

Sgt. Mychal Johnson, who arrived on the scene before Luckey and Potter tried to arrest Wright, told the court that he was at risk of being dragged and injured by Wright’s car if Wright drove away from the scene.

Defense attorney Earl Gray told jurors on Monday that Wright “took it upon himself to flee” the scene, according to the New York Times, arguing Potter had the right to use deadly force and her actions shouldn’t be considered reckless because she “didn’t know she had a gun,” according to CNN.

“This lady here made a mistake, and my gosh, a mistake is not a crime. It just isn’t,” Gray said while gesturing toward Potter in the courtroom. “Daunte Wright caused his own death, unfortunately….Those are the cold hard facts of the evidence.”

Prosecutor Matthew Frank told jurors during his rebuttal that body cam video of Potter’s reaction to the shooting show even she knew she committed a crime. 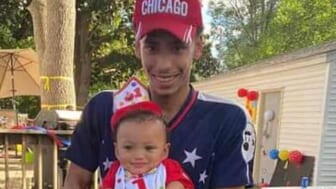 “She said, ‘I’m going to prison,’ and, ‘I’ve killed a boy,'” Frank said. “Is that the reaction of someone who thought deadly force was really necessary?”

Gray objected to the length of Frank’s rebuttal and called for a mistrial before the jury was dismissed, but the judge rejected the defense’s motion.