Asked if he would ever participate in the popular music duel extravaganza, Jay-Z's answer was clear.

Thousands of fans joined a Twitter Spaces conversation Tuesday, hosted by Alicia Keys and Rob Markman of Genius, to talk about the iconic R&B singer’s new album, Keys, the 90-minute opus released earlier this month that features appearances from several contributors and production from her husband, Swizz Beatz.

A surprise guest and Keys collaborator joined the virtual forum to weigh in on the album and the artist. And when you get the opportunity to talk with Jay-Z, you better make it count. The two did.

Per Complex, Markman asked Jay-Z, also known to fans as Hov, if he would ever participate in the popular music battle extravaganza that is Verzuz, which was co-created by Swizz Beatz. The legendary rapper’s answer was clear.

The recently inducted Rock & Roll Hall of Famer has won 23 Grammy Awards and has a whopping 80 nominations. With a deep discography that stretches back to 1996 with the release of his debut album, Reasonable Doubt, a Verzuz matchup featuring Jay-Z opposite anyone would be one for the record books. 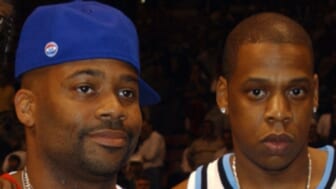 Complex noted that Miami rapper Rick Ross said it was a “possibility” that he could go against Jay in the battle series. “Jay-Z… Yeah! Why not?” Ross contended. “To me, that’s what makes Verzuz special because it brings out the best in both parties. That’s a possibility, but I gotta give my flowers to the big homie. I got to. My homie gave me my first opportunity signing me to Def Jam Records, and he’s one-of-one.”

Jay-Z’s comments about his Verzuz arena options come just a week after R&B diva Mariah Carey shot down the possibility of being in the series with his wife, Beyoncé. 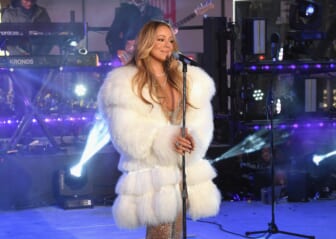 “I love Beyoncé, and I admire her so much as a performer for what she’s done for the world and everything else,” Carey told E! News last week. “I’d be disrespecting myself, and I’m not going to do that, because it’s Christmas time.”

One Twitter fan posed a hypothetical question that has gone viral about the Knowles-Carter family and Verzuz, writing, “Y’all think Jay Z and Beyoncé ever had an argument that just ended in them having a verzuz battle in the house?”