Without action from lawmakers to extend the child tax credit, millions of children face immediate danger

OPINION: Color of Change's Arisha Hatch breaks down how inaction by politicians like Democratic Sen. Joe Manchin will put 10 million children back on a path towards poverty.

In March, as a part of the American Rescue Plan, the largest child tax credit (CTC) legislation in our history was passed, giving most families monthly payments of $250-$300 per child. The CTC allowed families to purchase food, childcare and other important household essentials. This week, however, the inaction from elected officials, namely West Virginia Sen. Joe Manchin, will leave families blindsided, unprepared, and 10 million children on a returned pathway to poverty.

Poverty is not an accident or a series of poor decisions. It results from many factors like corporate greed, exploitative labor practices, and unjust policies or actions by elected officials. 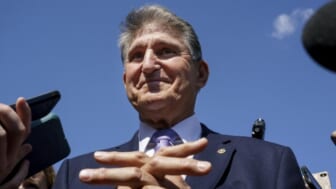 Governments and private industries across the U.S. have a deep history of passing poverty-increasing, opportunity-denying policies that directly target Black people. From Jim Crow laws and redlining to school segregation and mass incarceration, racism contributes to burgeoning racial wealth gaps. Simultaneously, social and economic safety net disinvestments have forced millions of Americans to fall through the cracks.

The government continuously fails to pass poverty-reducing policies that reach Black communities, a population that holds seven times less wealth than white Americans. Even when strides toward real solutions and reinvestments are introduced, like the CTC, elected officials work quickly to end them.

Earlier this fall, President Biden unveiled his Build Back Better agenda—a multitrillion-dollar spending package to expand the social safety net that would set our families on an equitable path toward economic recovery. But currently, Republican lawmakers and Sen. Joe Manchin (D-W.Va.) will not support the bill because of perpetuated classist narratives of “spending aid wisely.”

Increasing a child’s family income early in life has been found to have substantial benefits for the child’s health, educational attainment, and future employment. For example, a $3,000 increase in annual family income for a child under five has been found to boost that child’s earnings by 19 percent in adulthood. A one-year CTC extension is a fraction of the $1.9 trillion proposal in the House Ways and Means package—an investment that will ripple out to positively impact our communities and our economy.

The CTC’s narrative-changing impact has been lauded by lawmakers and economists as a tangible way to tackle poverty in the country. The extra income provided by the CTC allowed millions of families the opportunity to afford quality child care, pay utilities, chip away at debt, and more. With this legislation, millions of children and their families are more financially secure, have emergency savings, and are rising up from poverty and the exploitation of their employers. 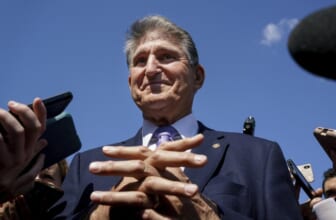 With the fate of the CTC seemingly unclear, we sent a detailed letter in October to the White House and congressional leaders demanding that the universal child allowance remain. Without immediate action, however, millions of Americans will not receive the vital support needed to make it through the holidays and put families behind on bills overnight.

Canceling the CTC and economic justice provisions means abruptly cutting off families’ lifelines to accessing essential items—a Census Bureau survey found 91 percent of families receiving CTC installments spent it on groceries, rent, clothing, and school supplies. The well-being and economic stability of millions of families are not up for negotiation. The CTC was one solution to disrupt poverty by lifting people up for the long haul after decades of keeping people—including their wages, communities, and hopes — down. As we fight tooth and nail for economic recovery, our federal government must proceed to undo centuries of systemic racism that have brought us to this point.

History has taught us that we cannot leave good policy unprotected. With every conservative political gain, we risk rolling back funding and social programs for those who need it most. When Republicans took control of the House in 2011, they refused to pass funding to government programs that hadn’t been previously authorized, causing unprecedented welfare cuts across the board; these types of decisions are felt for generations. The support for the CTC is clear, but it’s critical that this administration take every action that it can to pass this piece of legislation; millions of families’ lives are literally at stake.

As we’ve seen with the CTC, direct cash assistance empowers our communities with the additional income necessary to make ends meet. If our elected officials want to prioritize Black and low-income families, then they must introduce and advance legislation that provides much-needed relief to our communities. We can’t leave it up to chance for future Congresses.

Congress must do the right thing by assuring the CTC is here to stay. 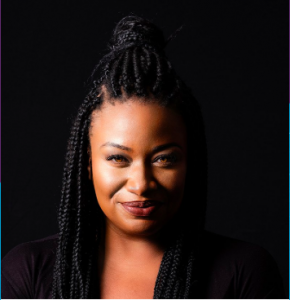 Arisha Hatch is vice president of campaigns, Color Of Change, the largest online racial justice organization in the country. Color Of Change helps people respond effectively to injustice in the world around us. As a national online force driven by over 7 million members, we move decision-makers in corporations and government to create a more human and less hostile world for Black people in America. Visit www.colorofchange.org.