Preservation Hall was the first fully integrated music venue in the South, according to an obituary written by Ben Jaffe.

Jaffe died Monday, her son, Ben Jaffe, creative director of the Preservation Hall Jazz Band, said on the hall’s Facebook page. No cause of death was given. She was 83, news outlets reported.

Jaffe and her husband, Allan, were jazz fans in their 20s when they stopped in New Orleans in 1960 during what their son described as a “Kerouac adventure” that had taken them all the way from Philadelphia to Mexico City.

“They stopped off in New Orleans and, like others before and after, found themselves swept away in the beauty, romance, excitement, mystery, freedom, history and charm of the city,” he wrote in the announcement. Days after arriving, they came across a French Quarter gallery where owner Larry Borenstein held informal concerts featuring local artists. Borenstein introduced the couple to some of the jazz musicians, many of whom were elderly, according to the hall’s website.

Ultimately, he offered the Jaffes the space to continue the concerts as a business, marking the founding of Preservation Hall. The hall was the first fully integrated music venue in the South, according to an obituary written by Ben Jaffe that appears on the website. He said Sandy Jaffe was arrested once for violating segregation laws still in force at the time. 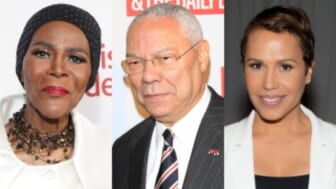 Allan Jaffe, who died in 1987, also played sousaphone in the house band and recruited musicians while Sandra Jaffe typed up nightly schedules and collected admission fees, The Times-Picayune / The New Orleans Advocate reported. She even threw out the occasional rowdy customer.

Sandra Jaffe stopped working at the venue after her two sons were born but returned after her husband died, the newspaper reported.

Over the decades since the Hall was created, countless locals and tourists have descended on the tiny venue to hear a rotating cast of musicians. Concertgoers line up outside to snag one of the bench seats inside the rustic interior where the musicians and audience share an intimacy more akin to a living room than a performance hall. 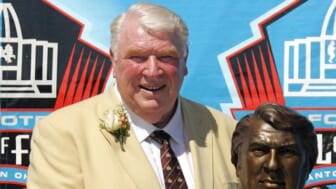 Children often sit on the floor directly in front of the musicians, who alternate between playing music and telling stories of jazz or answering questions from the audience. The crumbling plaster walls, worn hardwood floors and random assortment of paintings add to the simple, wholesome ambiance and provide a sharp contrast to the daiquiri-serving, neon lights-flashing atmosphere on Bourbon Street just a few houses down.

In 1963, the Preservation Hall Jazz Band was created as a touring organization that brought music to audiences far from New Orleans. An associated foundation promotes jazz education, supports elderly jazz musicians, and works to preserve Preservation Hall’s collection of photos and other archival material.

Like other music venues in New Orleans, Preservation Hall was shuttered because of the coronavirus pandemic. It reopened in June but is now closed again for a few days amid a nationwide resurgence of the virus.

Sandra Jaffe was on hand for the reopening in June, hugging local musicians who showed up to play.