“This is not a facility that’s compatible with the residential community,” said community member and activist Michelle Rutledge

Black residents in Archer — a majority Black town in Florida with a rich history — thought they prevented a solar power farm from being built in their historical community back in 2020.

Michelle Rutledge, a resident who lives across from the proposed site, said that she rallied the community together to object the construction, persuading their county commissioner to vote down the project.

However, in the summer of 2021, the state legislature voted to pass a law preventing municipal governments from blocking new energy infrastructure. Now, the power farm could be erected in Archer in the foreseeable future.

“The first thing I thought of was this is a residential neighborhood. There’s a community here, you know,” said Rutledge, about the first time she saw a public notice on the agricultural land about the possible construction of a solar plant.

“This is not a facility that’s compatible with the residential community,” Rutledge continued. 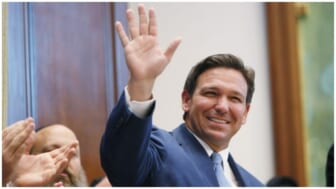 “Our families have ties to those types of experiences since the Civil War, Jim Crow, and having to escape,” said Gerrie Crawford, another resident who lives across from the proposed site.

She explained that many families, including hers, have worked and purchased land there since the 1800s.

Crawford also said that many residents in the town are descendants of African Americans driven out of Rosewood, a town 30 miles away, during the 1923 Rosewood Massacre — a racially-motivated massacre where white locals burned down the Black town killing at least six Black residents.

In 1994, after much controversy, Florida paid a $1.5 million restitution to the survivors and descendants of the massacre.

“It’s a great idea. But it’s in the wrong location,” continued Crawford, who held several meetings with Rutledge, other concerned residents and the county commissioner about the impacts of the solar plant on the community.

“We asked the county government to consider cumulative factors such as compatibility, community impact, cultural significance, systemic racism in land use, zoning, and urban planning, and environmental racism while making a decision,” she said. 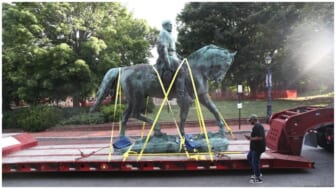 Many also pointed to the issue of environmental injustice and racism. Communities of color have often been situated near waste sites, landfills and power plants that can cause irreversible brain and lung damage.

“We support renewable energy. But we feel it has to be a just transition to break the cycle of past injustices in the name of progress,” added Crawford.