The 64th annual Grammys are scheduled to take place live at the Crypto.com Center in Los Angeles

The Grammy Awards will most likely be postponed this month due to the ongoing omicron variant.

A source with direct knowledge told Billboard that it is “looking likely” the the event slated for live broadcast on Jan. 31 will now be pushed to a later date due to the COVID-19 virus.

The annual award ceremony will probably be moved to March 14, as cases in Los Angeles is on the rise. The omicron variant emerged as the dominant strain of COVID-19, according to CNN, and positive cases of the virus nationwide — as well as hospitalizations and deaths — have gone up once again.

A spokesman for the Recording Academy has stated that no decision has been officially made. 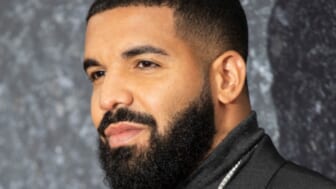 Last year’s Grammys were moved from its longtime home of the Staples Center to the nearby Los Angeles Convention Center. All performances for the ceremony were done without a live audience present, while the host, comedian Trevor Noah, and the limited attendees, conducted the awards ceremony outdoors.

For this year’s Grammys, Noah will be returning as host, and the show had been set to take place in what is now called the Crypto.com Arena, formerly known as the Staple Center.

The 64th annual Grammy Awards marks many milestones in the award show’s history. Jon Batiste is up for 11 nominations this year, tied for the second most in one year in Grammy history. Jay-Z’s three nominations has put him solely in first place as the most Grammy-nominated artists off all time with 83 total. The Brooklyn rapper and mogul broke the tie he had with producer Quincy Jones (he has 80).

The omicron variant has led to numerous high-profile events to be postponed or cancelled over the past month. A number of Broadway shows, most notably MJ the Musical, cancelled several performances at the end of December due to COVID-19.

Between Dec.14 and Dec. 30, 11 NBA games were postponed due to health and safety protocols. Only one game, the Miami Heat vs. the San Antonio Spurs, has been officially rescheduled. 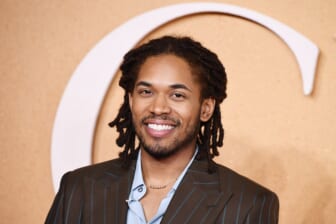 As previously reported, the Grammy Awards announced late last year its plan to ensure diversity in its hiring for this year’s production crew. In an 8-page agreement, producers are required to recruit and hire more diverse candidates, both on onstage and behind-the-scenes.

“The inclusion rider is something that will provide an opportunity for people that may not have had one before,” said Academy CEO Harvey Mason Jr., who is the organization’s first Black executive. “That’s really important to me. I wouldn’t be here if someone didn’t give me an opportunity. I’m trying to make pathways and make sure there’s areas for people to work into a system and climb their way through.”