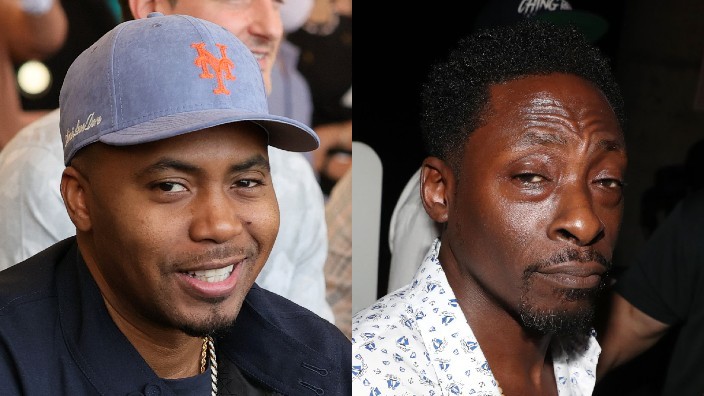 Have you ever been reading an article that seems straight out of a time capsule, so much so that you check the date to make sure that whoever runs the site didn’t publish an archived article to play with your emotions? That was me this morning when I happened upon an article from Page Six alleging that lawyers for Pete Rock told them that he intends to sue Nas over unpaid royalties (potentially in the millions of dollars) for the classic hip-hop record “The World Is Yours” from Illmatic.

For fact’s sake, Illmatic—the seminal debut album from Nasir “Nas” Jones often viewed as the greatest hip-hop album of all time—was released on April 19, 1994. On April 19, 1994—roughly 28 years ago—I was a 14-year-old freshman at Bob Jones High School living in Madison, Ala. The song was released as a single in May 1994. Pete Rock is NOW set to sue Nas over royalties he’s reportedly owed from a song he hasn’t been paid for that is 28 years old. I have so many questions. Thankfully, I have the space to get those questions off. 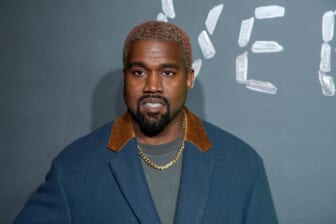 But first, let me share; sharing is caring. Pete Rock is my favorite hip-hop producer of all time purely because he produced “They Reminisce Over You (T.R.O.Y.),” hands down my favorite hip-hop song ever. The Notorious B.I.G. is my favorite rapper of all time, but I mean, Nas is Nas, and when Nas goes off—as he does on all of Illmatic—it is truly a thing of beauty. I still listen to “It Ain’t Hard to Tell” like it came out yesterday. I, too, tried to sneak an uzi on the Island (Rikers) in my army jacket lining. None of that is true—my first trip to New York City wasn’t until 2001—but I wanted to give it a whirl when I first heard this song in 1994.

“The World Is Yours” is one of my favorite hip-hop records; it features my favorite producer during his peak years with one of hip-hop’s GOATs dropping some understandable smooth shit. Good gracious. Point is, I’m a fan of both artists and very befuddled by this news. Just so we’re clear as well; if Pete Rock has an agreement that says he is owed money, it doesn’t matter HOW many years have passed; he is entitled to get it. Without further ado, here are my questions:

Seriously, and I mean this with all seriousness, how in the hell does Pete Rock go 28 years without receiving any payment from one of the seminal records he’s been a part of? Has Nas just told him, “I got you, bro; I’ll call you tomorrow?” every time he’s seen Pete Rock? I imagine they’ve seen one another many times over the years.

According to the Page Six article, Pete and Nas had an agreement—presumably with lawyers involved—that entitled him to payments for the record. Hell, Pete has a writing credit on the record. So he didn’t only produce it, he presumably has some publishing tied to it. How in the hell has he not been paid…at all? Which is more of a Pete question than a Nas question.

Like does Nas actually know that Pete Rock hasn’t been paid? Basically, when Nas heard the news, was he surprised and placed a phone call to Pete to clear up the situation or was Nas like, “I’m trying to worry about my brunch on Sundays, and here this dude goes, again?!?!?!?” Considering how active Pete Rock is on social media, and particularly Instagram—he’s up to date with all anti-vax conspiracy theories—the fact that he has (as of this writing) yet to address this means that both the Page Six article is true and that Nas hasn’t reached out about it.

4. Is this why they haven’t worked together since?

Dr. Dre said, “some say the business end of this shit can turn your friends against you…” and while I don’t know if Nas and Pete were ever really friends (Pete wasn’t present during the sessions for “The World Is Yours” but was in the video) it is telling that they haven’t worked together again. Pete Rock has beats on 2019’s  The Lost Tapes 2, but who knows when those were made; my guess is they’ve been sitting around for decades.

5. Did Pete get paid for producing the beat for “The World Is Yours”?

I’ve never heard or read a single interview from Pete—who has happily spoken about “The World Is Yours”—talking about not getting paid for the beat at all. So I presume he was paid for the beat upfront out of Nas’ budget for Illmatic. That makes sense since what’s at the heart of the alleged lawsuit is royalties.

6. Hmm, did Pete recently find out or realize that he has this agreement and tried to get paid, was rebuffed and is now suing?

This is plausible. Or at least it would be an interesting wrinkle. Let’s say Pete is doing some house-cleaning on his business affairs and had a lawyer or law firm go through his contracts, etc. in search of any missing royalties or payments—Big Sean was recently on Drink Champs talking about how all rappers need to audit their label’s books; that’s how he determined that Kanye and G.O.O.D. Music owed him $6 million—and his lawyer uncovered the agreement signed by both Nas and Pete Rock and asked if he’d received anything in the way of royalties from this song, which, at this point, has been sampled by countless artists and used in countless movies, shows, etc.

Also Read:
Andre 3000’s vulnerability on Kanye’s ‘Life of the Party’ is what hip-hop needs

7. Is that why he’s filing this suit 28 years after the fact?

That would make sense, no?

8. Is Pete actually about to get paid?

I guess time will tell. If he’s owed money—ANY money, much less millions of dollars—I hope that Pete gets his money. That’s why artists get lawyers to handle their affairs so that two dudes creating magic don’t have to worry about any back and forth, which is kind of what makes this surprising. If he isn’t owed any money, and I can’t see why he’d be willing to bring a lawsuit if he wasn’t, then well, what an odd thing to do. What I do know is that “The World Is Yours” is one of Nas’s seminal works, and that’s proven by how often it’s referenced, used, etc. It has been around, and maybe that’s why Pete is going after any money now. I hope these two legends manage to keep this low and just let the business handle itself.

9. Will we ever get a Nas x Pete Rock project?

This is really what most of us care about. One can only hope. 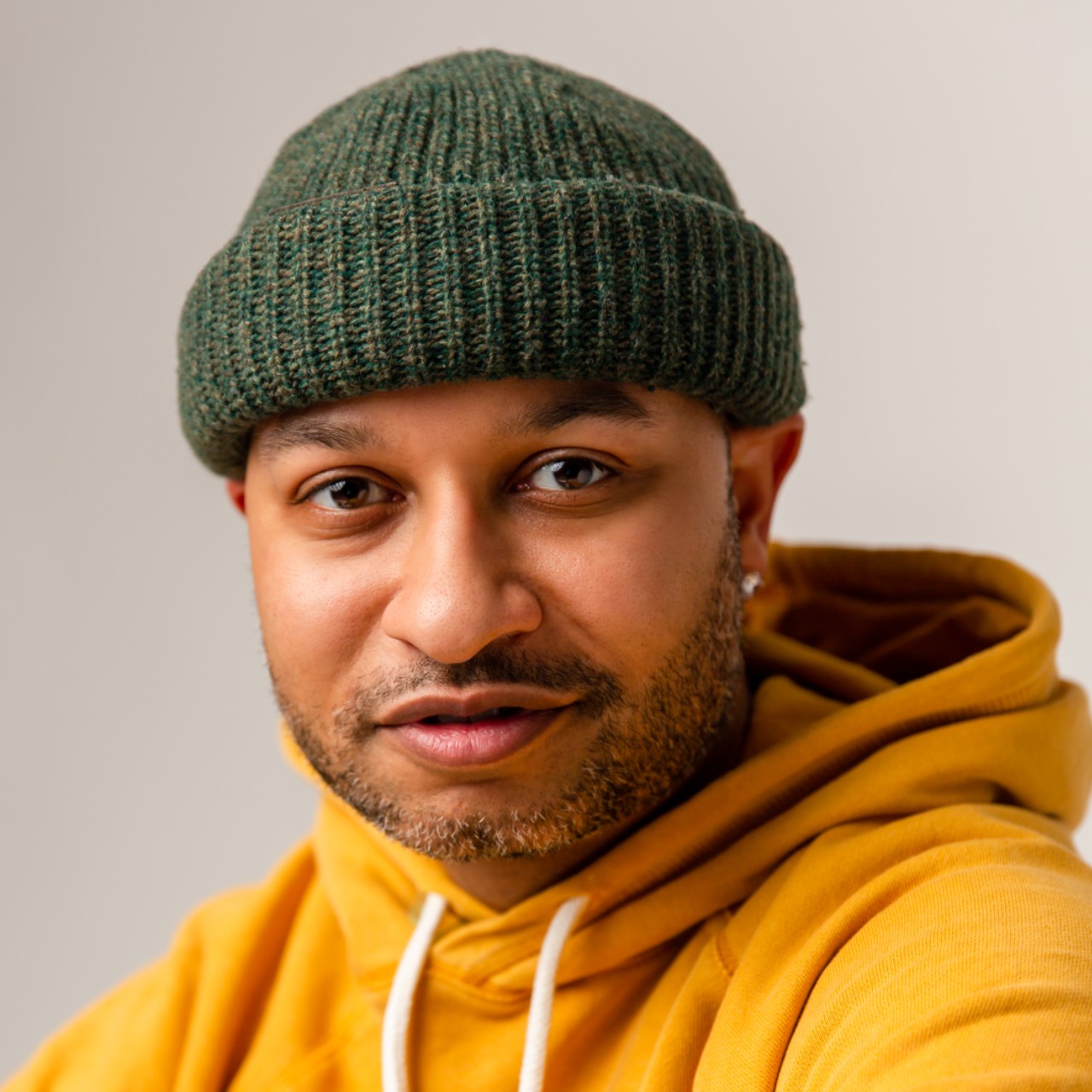 Panama Jackson is a columnist at theGrio. He writes very Black things and drinks very brown liquors. He is pretty fly for a light guy.