Known for his eccentric style and keen eye for fashion, Talley was credited for playing a major role in Vogue's vision and direction.

Fashion journalist Andre Leon Talley is reportedly dead at 73, according to a report from TMZ.

Talley, who served as the former creative director and editor-at-large at Vogue Magazine, died on Tuesday at a hospital in White Plains, New York, a source told the news outlet. His cause of death is not yet known.

Known for his eccentric style and keen eye for fashion, Talley was credited for playing a major role in Vogue‘s vision and direction. He first began working at the iconic fashion glossy in 1983, initially serving as fashion news director and later creative director and editor-at-large.

Talley was an influential voice in the fashion world as one of few and at times the only Black editor on the international stage. He often pushed for diversity by challenging fashion designers to work with more Black models in their runway shows. His mainstay presence in the fashion industry afforded him great exposure in the world of entertainment, including a stint as a judge on America’s Next Top Model and hosting his own radio show on Sirius XM. He also famously styled and advised former First Lady Michelle Obama. 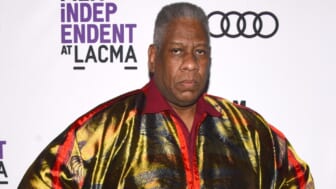 Considered one of the most recognizable faces in fashion, Talley began his fashion journalism career at Interview magazine. Aside from his well-documented years at Vogue, he held various roles at several publications throughout the decades, including The New York Times, Women’s Wear Daily, W magazine, and worked across the globe from Paris to Russia.

Most recently, Talley authored his 2020 memoir The Chiffon Trenches: A Memoir, in which he opened up about the highs and lows of his storied life and career. Most notably, he did not mince words when addressing his strained relationship with Vogue‘s longtime editor-in-chief Anna Wintour — though he would later defend the legendary editor against claims of racism.

“I owe to her the pioneering role that I had of a creative director of Vogue. I was the first Black man to ever be named such. I owe that to Anna Wintour. I owe her much. And I think, in turn, I think she owes me,” Talley once told CBS This Morning.

In his 2017 documentary, The Gospel According to André, Talley shared more about his life of humble beginnings in Durham, North Carolina and his rise to international fame in fashion.

Though he did not often speak publicly about his sexuality, Talley had long been considered a queer icon. When asked about his sexual orientation during an interview with Wendy Williams in 2018 he said, “No, I’m not heterosexual … I’m fluid in my sexuality, darling.” 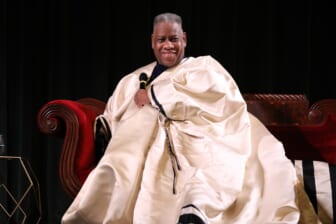 Tributes to Talley were pouring in on social media following news of his death.

Author Roxane Gay tweeted, “RIP Andre Leon Talley. He was a beacon of style for so many. Just fucking terrible.”

“André Leon Talley made it possible for so many Black queer boys and men to express ourselves out loud. No reservations. A legend. An icon. May he rest in peace and power knowing that he paved the way for many people who looked up to him,” queer activist Preston Mitchum wrote on Twitter.