Speed also appeared in "Julia," "Sanford and Son," and more.

Carol Speed, known for her work in blaxploitation-era movies such as Abby, and The Mack, has passed away at the age of 76.

In one of her more famous roles in The Mack (1973), Speed played Lulu, the prostitute girlfriend of Max Julien’s character, Goldie. She also had a role in the cult movie, Dynamite Brothers (1974) and appeared in Black Samson (1974) as the girlfriend of Samson, played by Rockne Tarkington.

According to an announcement from her family, Speed died on Friday, Jan. 14, 2022. Per her obituary, Speed will “be remembered for her style, personality, quick wit and ‘I am going to do it my way no nonsense attitude.”

One of her most memorable films was Abby (1974), in which she played a “minister’s wife who becomes possessed by an evil West African spirit.” In an undated interview obtained by The Hollywood Reporter, she said, “The script reminded me of The Three Faces of Eve (1957), which starred Paul Newman’s wife. I thought Abby was a wonderful vehicle to show off my acting.” 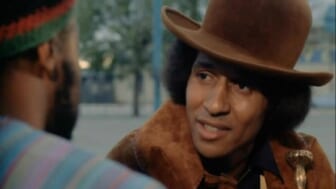 Also Read:
‘The Mack’ star Max Julien has died at 88

Speed’s film debut was The New Centurions (1972), followed by numerous roles like Mackie in The Big Bird Cage (1972). Her career expanded past film, however, as she also enjoyed numerous roles on television. Speed appeared opposite Diahann Carroll on NBC’s Julia. She also appeared on Days of Our Lives in a recurring role and was in the Sanford and Son episode “Here Comes the Bride, There Goes the Bride,” in which she left Lamont (Demond Wilson) at the altar.

Before her acting career, she became the first Black homecoming queen in Santa Clara County and was even the first Black person to receive a scholarship from the American Conservatory Theatre in San Francisco. She eventually got her start in show business as a backup singer for Bobbie Gentry at Harrah’s Club in Reno, Nevada.

Speed also enjoyed a career as a writer, having authored the books Inside Black Hollywood and The Georgette Harvey Story. She wrote songs as well, penning “I Can Make It” in The Girls of Huntington House and “My Soul Is A Witness” in Abby, which she also sang. 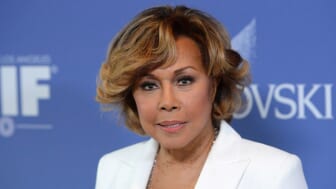 Speed is survived by her grandson Marc “Nick” Speed, her sister Barbara Morrison, and “a host” of nieces, nephews, cousins, and friends.