‘Abbott Elementary’ sheds light on disparities with a humorous touch

OPINION: The comedy expertly and amusingly tackles the flaws of the American public school system. 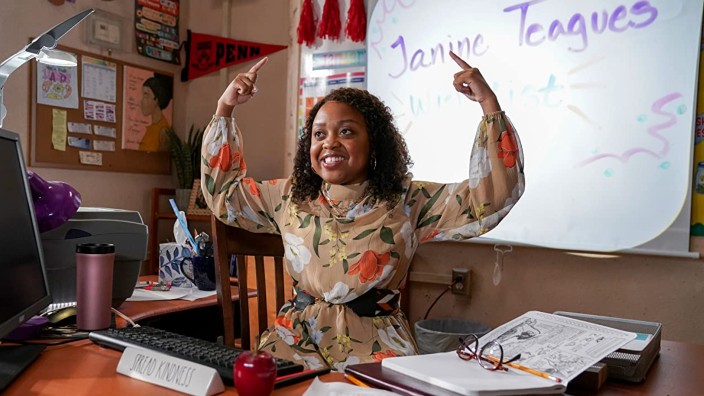 Being a schoolteacher isn’t for the faint of heart. There are long hours, limited wages, a perpetual lack of resources, the constant demand for supplies and the occasional vomit to be cleaned up from a queasy kindergartner.

Still, some in the profession view teaching as a calling — a noble undertaking of sorts — and work to make a positive impact on the students they instruct. The same can be said about the wonderful, colorful teachers on ABC’s newest sitcom Abbott Elementary.

Created by the brilliant and comedic Quinta Brunson, who rose to fame from her work with Buzzfeed, the show uses a mockumentary-style format and focuses on five teachers and one hilariously dysfunctional principal at an underfunded school in Philadelphia. Four episodes in, the comedy has expertly and amusingly tackled real-world subjects, including the doctoring of historical aspects, technology versus one-on-one vocation (i.e., new school teaching versus old-school methods) and the overall flaws of the American public school system. 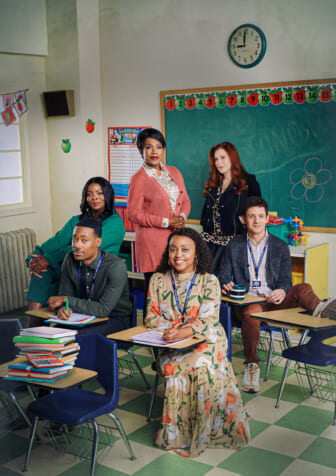 I mean, let’s be honest—the system is far from perfect. Amirite?

According to a study by EdBuild, an organization that works to bring fairness to how states fund public schools, nonwhite schools receive $23 billion less than mostly white school districts. For a bit of context, the study indicates white districts enroll a little over 1,500 students — half the size of the national average — while districts with Black and brown people serve over 10,000 students…three times more than that average.

The study also explains that states have been tasked with filling in the gaps created by a concentration of wealth within invisible borders, which has been going on for decades. So, what does this mean…? For starters, local control of taxes is advantageous only to white districts created by arbitrary lines that can raise unfettered money for their respective schools. Gaps created by an inherently unequal distribution of wealth in a racially fractured society have left some states behind and unable to keep up.

So, naturally, a show like Abbott Elementary should be praised for utilizing its primetime scheduling to place a much-needed microscope on some of these issues, correct? As much praise as the sitcom is receiving, it is also getting what Black Twitter has referred to as Caucasian criticism. Recently, a certain teacher—white, obviously—found the need to take to TikTok to specifically call out all the things Abbott Elementary gets wrong (even going as far as saying that real teachers never have time to speak to each other) while clearly forgetting that a) the show isn’t a damn documentary and b) it’s fictional.

Interestingly enough, I cannot recall anyone “authoritatively” taking to social media to address the things that other mockumentary-style comedies such as The Office or Parks & Recreation have gotten incorrect. In a world where fake news has become a part of the American lexicon, TikTok Tammy chose to come for a fictional show for being, um, fictional. Why am I not surprised?

Here’s what I know: The pandemic has been rough, and after several long months of virtual learning, Abbott Elementary honestly feels right on time. A study conducted by the University of Minnesota showed that students learn better when interacting with classmates—something Abbott Elementary conveys in every episode. The unexpected switch to remote learning, while needed due to COVID-19, nearly did away with social interaction for Black students, along with any academic gains, and widened racial and economic gaps.

For schools that have continued remote learning, racial and socioeconomic gaps pertaining to achievement are prone to linger and widen because of disparities in access to computers, home internet connections and direct instruction from teachers. A recent report from the Los Angeles Times indicated that over 50,000 Black and Latino students in Los Angeles, the nation’s second-largest school district, didn’t regularly participate in the school system’s online learning initiative. Now that there are vaccination boosters going around and some semblance of normalcy, most students have returned to the classroom; for some, being back in a familiar setting and seeing teachers that look like them can go a long way.

A recent episode of Abbott Elementary focused on kindergarten teacher Barbara Howard, played to perfection by Sheryl Lee Ralph, teaching a little brown-skinned boy how to read. The delight on her face at the end of the episode after he successfully read an entire sentence was fantastic. During my elementary school years, I was blessed to have three remarkable Black teachers. As a fifth-grader, I remember being excited by having a Black male teacher and seeing a brother in the classroom. Mr. Gregory encouraged my creativity and helped keep me on track. I’m 35 now, and I still remember his support.

If I recall correctly, he still found the time to speak to his colleagues. Just sayin’.

Shows like Abbott Elementary are needed. In addition to adding a spark of much-needed representation on network television, it helps keep the education system top of mind. While our education system isn’t perfect, I have nothing but respect for the teachers who strive to make a difference in the lives of their students. Teaching may not be for the faint of heart, but it really is worthwhile. 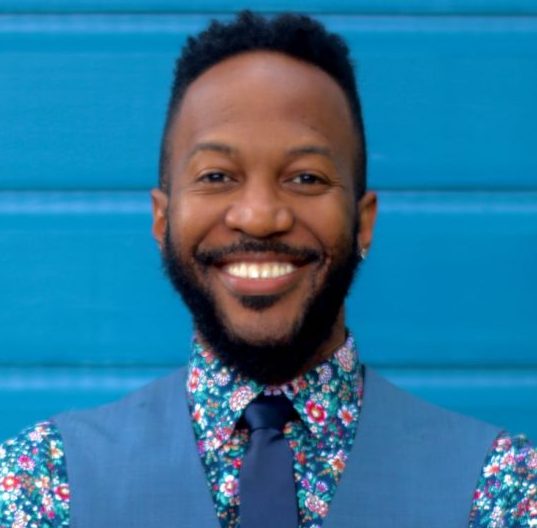 Jaylen Christie is an award-winning writer and public relations practitioner. He has been recognized by Black Enterprise as a 2019 Modern Man of Distinction, is a recipient of the Orlando Business Journal’s 40 Under 40 accolade, and was recently named a finalist for the Diversity Leader Award by PR News. Follow him on Instagram at @thesuperflynerd.