When Miller was a 16-year-old gang member in West Philadelphia, he shot and killed teen father Edward White.

Larry Miller, the former president and current chairman of Nike’s Jordan brand, has begun sharing a secret he’s held for more than 50 years.

When Miller was a 16-year-old gang member in West Philadelphia, he was convicted of shooting and killing 18-year-old Edward White. At the time, Miller pleaded guilty of second-degree murder and spent four years and six months in prison. He spent five additional years in prison after committing a series of armed robberies.

Just prior to the release of his new memoir, Jump: My Secret Journey from the Streets to the Boardroom, co-written with his daughter, Laila Lacy, Miller met with the family of the young man, already a father when he died in 1965.

White’s sister, Barbara Mack, who’s now 84, met with Miller, along with her nephew Hasan Adams and White’s daughter, Azizah Arline, who was born after his death. Both Mack and Adams say they have forgiven Miller, while Arline told The New York Times she is not yet “100 percent forgiving.”

In a recent interview on The News with Shepard Smith, Miller said, “If nothing else comes out of this book … the most important thing for me is to be able to know that in spite of the pain and hurt I caused their family, that they’re willing to forgive me.”

Miller first told his story in October to Sports Illustrated, saying that at the time of the shooting, he did not know his victim’s identity.

“That’s what makes it even more difficult for me, because it was for no reason at all,” Miller admitted. “I mean, there was no valid reason for this to happen. And that’s the thing that I really struggle with and that’s — you know, it’s the thing that I think about every day. It’s like, I did this, and to someone who — it was no reason to do it. And that’s the part that really bothers me.” 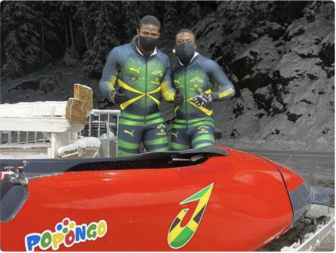 White was not mentioned by name in Jump, but he was named in the Sports Illustrated article, which reportedly left some members of his family feeling slighted. A few months later, a meeting was set — a second meeting as well, which Mack did not attend.

“I don’t have to see him anymore,” she told The Times.

When she’d faced Miller, Mack hugged the man, but told him if she had been 30 years younger, “I would have been across that table at you.” Miller understood the sentiment. 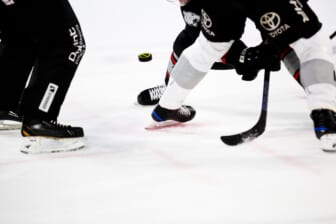 Also Read:
ECHL suspends Panetta after he is accused of racial gesture

The eventual graduate of Temple University says he finally chose to share his story in Jump to hopefully help at-risk youth and people in prison, and maybe even deter some people from starting a life of crime. Further, he hopes to show that “formerly incarcerated people can make a contribution. And that a person’s mistake, or the worst mistake that they made in their life, shouldn’t control what happens with the rest of your life.”

Miller, who was once the president of the Portland Trailblazers, said he wrote the book with the support of Michael Jordan and Nike co-founder Phil Knight.

Miller is currently working with White’s family to establish a scholarship fund that would assist his descendants in perpetuity to attend college or trade school. While the details are still being worked out, he told The Times, “I think we have agreed that we wanted to do something that allows his name to live on and something that also is a benefit and positive to other folks that come from our community.”