After appearing in various films and comedy specials for the streamer, Netflix has officially greenlit a scripted comedy from Michelle Buteau entitled, Survival of the Thickest.

Based on her book of essays of the same name, Survival of Thickest has gotten an eight-episode order for Netflix. Per the official press release, the series follows a “Black, plus-size and newly single, Mavis Beaumont (Buteau) who unexpectedly finds herself having to rebuild her life after putting all her eggs in one man’s basket, but she’s determined to not only survive but thrive with the support of her chosen family, a positive attitude, and a cute v-neck with some lip gloss.” 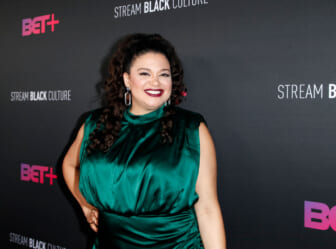 Also Read:
Michelle Buteau on ‘Welcome to Buteaupia’ and #Mom-ing while Black

The series is created by Buteau and Danielle Sanchez-Witzel while executive produced by Ravi Nandan and Alli Reich from A24. In a statement released with the official announcement, Buteau shared, “It’s been so damn amazing finding a home with Netflix. To say I’m excited to continue my relationship with them is an understatement. I’m over the moon and I’m under it! Danielle has been a dream partner and I can’t wait to share what we’ve been cooking up.”

Tracey Pakosta, head of comedy at Netflix, shared a statement regarding the streamer’s relationship with the comedian. “Michelle Buteau is many things: a brilliant writer, a gifted stand-up comedian and an empowering performer.”

Pakosta continued, “But above all else: she is one of the funniest people alive. Paired with Danielle Sanchez-Witzel – one of TV’s sharpest visionaries – Survival of the Thickest will bring Michelle’s unique point of view to life.” 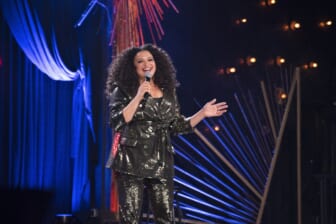 In the fall of 2020, theGrio exclusively sat down with Buteau to break down her comedy special, Michelle Buteau: Welcome to Buteaupia. Opening up about motherhood and raising her then- 20-month-old twins, she told us, “They’re my soul. I’m going to be their greatest support and they will hopefully look at my example of you don’t need rich friends. You don’t have to make a sex tape. You could stay in your own lane… You could speak the truth. You could be vulnerable. You could be funny. You could be all those things. You could be whatever you need to be in order to be successful and happy and to feel complete.”

While an official release date for Survival of Thickest has yet to be announced, the paperback book is set to release on Feb. 1.