Three teenagers were sitting in a car outside a gas station in Volusia County, Florida, last weekend when they were attacked by a 58-year-old white man who hurled racial slurs at them and beat on their car with a metal pipe, shattering a window.

Prosecutors in the case have elected to add hate-crime enhancements to the charges. According to WESH, two of the unidentified teens were Black, and Richard Burnham used multiple racial slurs during his tirade, including the N-word.

He was arrested several days later on charges of criminal mischief causing damage of $1,000 or more and aggravated assault with a deadly weapon without intent to kill, according to reporting from The Orlando Sentinel.

As stated in Florida’s hate crime law, “the penalty for any felony or misdemeanor shall be reclassified as provided in this subsection if the commission of such felony or misdemeanor evidences prejudice based on the race, color, ancestry, ethnicity, religion, sexual orientation, national origin, homeless status or advanced age of the victim.”

With these enhancements, each crime with which Burnham is charged is subject to higher penalties — including and not limited to jail time.

According to local reporting, the teenagers, who are all 17 to 18 years old, were sitting outside a Circle K at an Osteen gas station inside a 2022 gray Toyota Camry when the man approached them, yelling racial slurs.

“He was just kind of saying something to us and my friend who was driving. It’s his car, he told him like get away from the car, back up,” one of the victims said on a 911 call, according to a report. 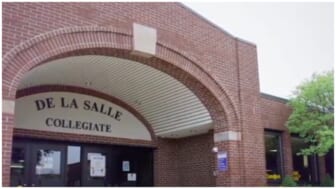 “He hit us. We kind of, like, pulled. We tried to, like, pull out of the way so he couldn’t hit us again, and my friend got out of the car to, like, say what are you doing, and he tried to come back and hit us, so we left because we were scared,” the caller said.

Burnham demanded that they leave the gas station, then he went inside and bought a case of beer. After exiting and seeing the teens still in their vehicle, he went to his Dodge RAM truck and retrieved from it a metal pipe. The police report says he struck the passenger side of the teens’ vehicle and the window, shattering it. 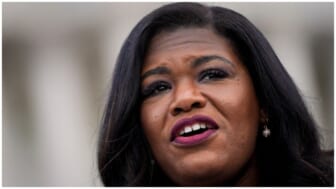 The teenagers reportedly drove away to escape the attack, but Burnham followed them for two miles. When he was detained by police, the man claimed that the teenagers shot him with an airsoft gun and threatened to kill him.

However, the sheriff’s office maintains Burnham never called 911 or mention an attack to employees at the gas station, nor was an airsoft gun found in the teens’ vehicle.