Tisha Campbell reveals she was nearly ‘snatched’ by suspected traffickers

"I am thankful to the production for their concern and their understanding," the actress said.

Tisha Campbell suspects she was nearly the victim of sex trafficking while filming an independent movie in Brownsville, Texas.

In a video message shared on Instagram, the actress, 53, detailed her encounter with a couple of men in a sketchy van that turned up after she called a cab at the end of a day of filming on set.

“Don’t freak out, but I think I almost got snatched up,” she said. “So, they don’t have Ubers where I’m filming and I had to call a taxi. So I get this number, but the truck—van that pulls up looks real sketchy. But there’s a guy in the back seat, right? So when he jumps out, the guy is just standing there.”

Campbell continued, “I look inside the car, it’s f—- up. The rubber is pulled up from the bottom, there’s dirt everywhere, the back seat looked like it was snatched out and snatched out for a f—- reason.”

One of the men told her to “get in the front seat then.” 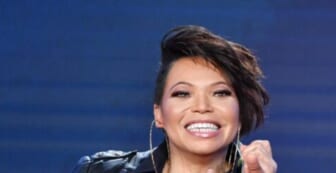 “I said I’m not getting in the f—-’ car. ‘F—- y’all,’” she recalled saying.“What’s crazy is I went back to the front desk, the guy that gave me the taxi number wasn’t there. I asked the woman where he was. She looks at the number and says, ‘why would he give you this number? This isn’t the normal number.’ It was a set up fo real,” Campbell wrote in the caption of her IG video.

Ironically, Campbell is working with former sex slave-turned human trafficking expert Toni Rivera on a project about the subject.

“If Tony (sic) Rivera hadn’t schooled me and my friends on what to look for, S— would’ve been real different,” Campbell wrote on Instagram. “PLUS I don’t sound like I look. Also I am thankful to the production for their concern and their understanding.”

Rivera spoke about her experience as a sex slave in a 2020 interview with RollingOut.

“I was considered a debt payment. You sleep with the gorilla pimps. It was a lot,” she recalled. “I had to play my cards right. I saw if you did not do what you were told to do, you pretty much didn’t come back. I saw a couple of girls who didn’t do what they were told. I never saw them again. I don’t know where they are to this day or what happened to them.” 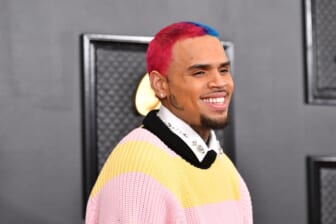 According to the report, Rivera eventually moved from sex slave to sex trafficker, and not by choice. She was ultimately able to put the horrors of sex trafficking behind her. Many years later, a grim reminder of her past would hit close to home when “a known trafficker tried to snatch her daughter off of a packed subway and no one tried to step in to help her,” the outlet writes.

Rivera now helps rescue young kids from sex trafficking. Her advice to parents is: “Stay up on your kids daily. Check their phones, being in tune when they on social media, when they are going out to party, hanging with their friends.”