A state lawmaker in New Hampshire was removed from her committee assignments after an incident in which she repeatedly used a racial slur and called security on a young Black male organizer who had given testimony.

Rep. Nicole Klein-Knight, a Democrat, was stripped of her assignment on the House Criminal Justice and Public Safety Committee after a dozen minority activists wrote in a letter that her “habitual aggression and disregard is tearing apart the progressive community in New Hampshire and endangering BIPOC organizers’ lives and cannot be ignored any longer.”

During the encounter, which took place last month, Klein-Knight reportedly used the N-word multiple times to “make a point.” She did not direct the word at the young man, but the organizers noted she continued to use it despite being asked to stop, and her use of the word was to intimidate.

In the letter, they write, “when any individual who holds political power uses racist or bigoted language, we believe there is no room to ignore or give a pass. We will not remain silent when potential harm is being done to our community. While we believe in promoting growth and supporting each other in learning to do and be better, we also believe in accountability. When powerful people commit repeated offenses to marginalized Granite Staters, a line must be drawn to protect people and prevent instigating further harm or trauma.”

According to a New Hampshire NPR report, Klein-Knight also called security on the young man, which the organizers believe could have endangered his life. 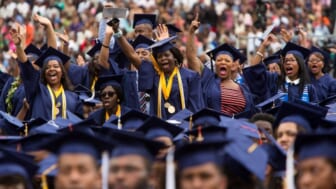 Klein-Knight, who’s serving her second term representing Manchester, did not respond to a request for comment from The Associated Press, nor did the unidentified young Black man — who has since filed an ethics complaint with Statehouse staffers — according to one of the organizers who signed the letter, Alissandra Rodriguez-Murray.

“Not only did she verbally abuse him, but the representative put this young man’s safety at risk in a situation she started, continued and escalated,” the activists’ letter states.

Democratic leader Renny Cushing and Deputy Leader David Cote asked state Speaker of the House Sherman Packard to remove Klein-Knight from its Criminal Justice and Public Safety Committee, and he did so, confirmed late Monday. Cushing and Cote said later in a joint statement: “The behavior and language used by Rep. Klein-Knight is completely irreconcilable with legislating.” 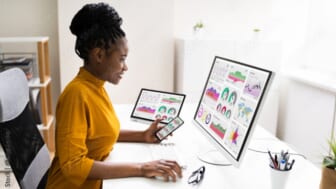 According to a local report, Klein-Knight has previously engaged in outlandish behavior, including “making a show of consuming medical marijuana gummies during a committee meeting on Zoom, and accusing GOP lawmakers, without proof, of infecting her with COVID.”

The letter from the activists says Klein-Knight has “worked alongside many of us in the past, but unfortunately her behavior in the past few months has been alarming and has become increasingly dangerous.”