Tahjay Dobson, who had just signed to Million Dollar Music, was fatally shot outside his home, police said.

A New York City rapper was shot and killed in his native Brooklyn this week, reportedly just hours after signing a recording contract.

Tdott Woo, born Tahjay Dobson, had just signed to Million Dollar Music when he was fatally shot in the Canarsie neighborhood of Brooklyn on Tuesday afternoon, according to NYPD officials, who confirmed the shooting to PEOPLE.

Dobson was shot in the head and transported to Brookdale University Hospital, where he was pronounced dead.

“I couldn’t even get sleep last night,” Dobson’s grandmother tearfully told The New York Daily News. “He was a good, good kid. … He loved singing and dancing and all that. He had a passion for music.”

The rapper’s grandmother asked to not be identified, noting that the shooting occurred outside of her house. She said she heard four shots.

“It seems like somebody called him, and he went outside,” she told the newspaper. “I hear the four shots, three in his back and one in his head, I think. It was boom, boom, boom, boom, very quick rapid shots.”

“I was wondering, and I said, ‘No, that’s too close to home, the shooting has to be near here,’” she said. “Then I found out it’s my grandson that got shot, he died in the hospital.”

The grieving relative added that she saw her grandson lying in front of her home, dying. “He was bleeding out,” she said. “He was out there alone, and I started to cry and call 911.” 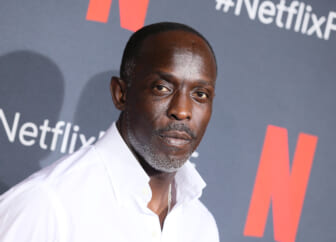 Woo, 22, was a friend and affiliate of Pop Smoke, another Brooklyn rapper, who was shot and killed during a home invasion in Los Angeles in February 2020. Woo had himself just returned from L.A., where he was shooting his first major music video.

Following Woo’s death, the label paid tribute to him in a photo gallery, posting on Instagram: “It’s an honor to remain your friend until your last moments. Your memories will always stay with us no matter where we go and what we do. Sleep in peace. #LongLiveTdott.” 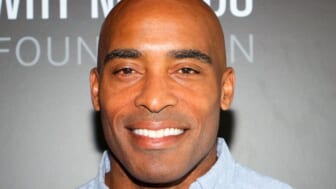 Dobson’s grandmother called the shooters — who are still being sought by NYPD after fleeing in a dark SUV — “wicked.”

“They have no guts, and they must stop it and the government must take them off the street,” she said. “They must stop it. It’s not good for the neighborhood. You can’t just come and kill people like birds. Come on.”