The victim lost his hearing for several months.

A former Louisville, Ky police officer will spend two years in prison for physically assaulting a protester during a 2020 demonstration over the death of Breonna Taylor.

Cory P. Evans, 34, reportedly hit the protester in the back of the head with a riot baton. According to NBC News, he previously pleaded guilty to violating the Constitution and using excessive force while attempting to arrest a group of people on May 31, 2020.

Evans was part of the Louisville Metro Police Department’s Special Response Team when he encountered the group and sought to detain them for unlawful assembly and violating curfew in the downtown area, the U.S. Justice Department said in a statement.

When one person from the group, Marty Chester, complied with police commands by getting on his knees and placing his hands in the air, Evans allegedly cracked him over the head with a riot stick.

“While that person was kneeling in this position, Evans struck him in the back of the head with a riot stick, which created a wound on the back of the kneeling victim’s head. The victim fell forward and was taken into custody by other LMPD officers,” the Justice Department statement said. 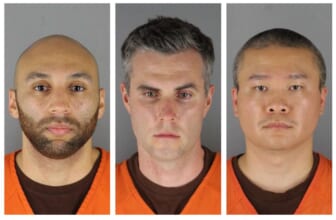 Chester lost his hearing for several months and needed three staples for a gash on his head, according to the report.

After LMPD initiated Evans’ termination, he resigned from the department in July 2021. Evans was an officer for about seven years.

Evans was sentenced Tuesday to two years in prison; he admitted in court that he was “embarrassed” by his actions during a night of protests over the police Louisville Police killing of Breonna Taylor.

In an interview with WAVE3 News published Tuesday, Evans described the moment when “the Feds say that I struck him.”

Evans continued saying, “I deny that I hit him with the intent or malice.”

Evans told WAVE3 that he pleaded guilty to deprivation of rights under color of law last August to avoid a longer prison sentence.

“Former officer Evans abused his authority by violently retaliating against a surrendering arrestee who had been exercising his First Amendment rights during a demonstration in Louisville, during the racial justice demonstrations in the spring of 2020,” Assistant Attorney General Kristen Clarke said. “The Justice Department will continue to hold accountable officers who violate their oath and the Constitution.”

In addition to the two-year prison sentence, Evans will reportedly spend two years on supervised monitoring once he is released.

At the sentencing, Chester condemned Evans for abusing his power and beating him “like an animal.”

Since the assault, Chester said he has experienced anxiety and post-traumatic stress disorder.

“You have stolen my security, Mr. Evans,” Chester said at the sentencing hearing.

Per the report, he urged U.S. District Judge Rebecca Grady Jennings to give Evans the maximum sentence and show him “the same lack of mercy he showed me as I bled out.” 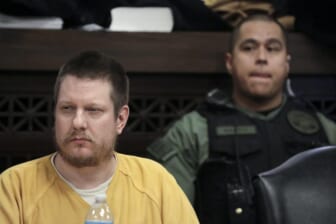 Also Read:
Ex-officer who killed Laquan McDonald leaves prison after serving less than half of sentence

In a statement, Evans’ attorney Brian Butler offered some context to his client’s mindset on the day of his violent encounter with Chester.

“Cory Evans is a combat veteran who served his nation in the War in Afghanistan. It is well documented that he saved at least four lives as a Louisville Police Officer. He took full responsibility for his split-second reaction,” Butler said in a statement Wednesday.

“But, this incident must be viewed in light of the fact that during the Louisville riots officers were shot at nightly. They had Molotov cocktails thrown at them. They were pummeled with rocks, bricks, bottles of urine and bottles of rancid milk.”

“Cory will be forever disappointed that the government that he served in combat rejected his request to have his case referred to Veteran’s Court and the government sought a draconian sentence.”