28 Days of Black Movies: ‘Boxing Day’ is the Black Christmas movie for the African Diasporan in you

OPINION: Family secrets, foolywang and shenanigans during the holidays are a Black tradition the world over. 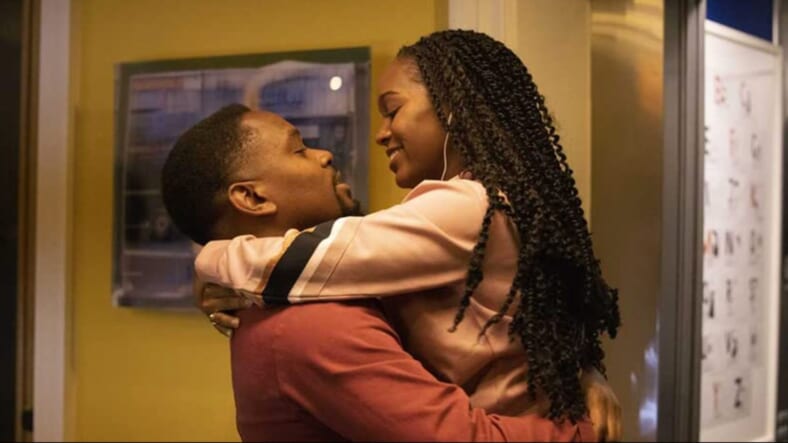 Back in 2018, a curious (and I’ll say, on balance, good) thing happened: Black Panther came out and it felt like all of Black America was suddenly interested and invested in our African heritage. I’m sure my African brothers and sisters were confused by this; Black Americans and Africans (of any generation) haven’t always played so well together in the sandbox. This isn’t the piece that will break down this history, but let’s just say as a Black person married to an African woman, I‘ve heard and been a party to many conversations around this dynamic that felt a bit more mainstream than previous years and decades. When Ghana’s deployed its Year of the Return marketing and tourism campaign—inviting diasporic Africans, and particularly Black Americans, back to Ghana some 400 years after the first ship carrying slaves made landfall in the United States—it was a resounding success.

Now, I personally think this is a good thing. If there’s any healing that needs to occur, those conversations that hopefully lead to a mutual understanding of our shared histories are important. And if it took Ryan Coogler and Marvel to push us in this direction then cool. And I know it wasn’t just Black Panther that turned the tide, such that it has, but I do think something felt different. 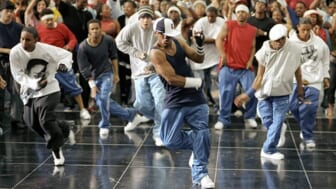 One other area I’ve noticed a lot of that interest change is in the movies and such on Netflix and Amazon Prime, for instance. Netflix, in particular, has a TON of Nollywood films; Nollywood being a slang term for the Nigerian film industry.  People I know who love Black movies, in general, have been firing up international films and shows left and right. From South African gems like Queen Sono to the entire wedding industry being propped up by Nigerian films, which ALL feature weddings—OK, not all, but there really are a lot of weddings in Nigerian movies—the sheer volume of content from the continent suggests that more and more folks are checking out the movies. And then once you add in the interest in Black British shows like Top Boy and the amazing run of Steve McQueen’s Small Axe series in the hearts and minds of audiences in America, well, eventually the meshing of those into a holiday bonanza was just waiting to happen.

Enter Boxing Day, a film about a young Black couple—a Black American woman and a Black British man—and the trip they take back to London for Boxing Day, the shopping day after Christmas celebrated in many countries with ties to Great Britain. Written, directed and starring Aml Ameen—a Black Brit who also starred in Michaela Coel’s brilliant I May Destroy You—as Melvin and Aja Naomi King as Lisa, the film is about super-star author Melvin’s return back to London with his pregnant girlfriend (though Melvin doesn’t know this) in tow where he is forced to deal with family issues, father issues and an ex-girlfriend for whom he never really granted closure. As you can imagine, Lisa’s inclusion into this new dynamic leads to the reopening of old wounds, realizations and international jokes and cultural wisecracks. 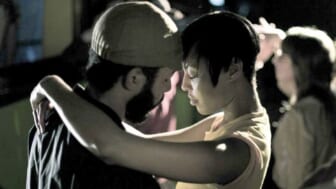 Also Read:
28 Days of Black Movies: ‘Medicine for Melancholy’ is a movie about Black life boxed in a daylong excursion into Black identity

I love a good Christmas movie but there are only so many times in a row I can watch This Christmas or Almost Christmas for wholesome family Christmas fare, so I’m tickled pink that Boxing Day has been added to that list; I realize there are a few more Black Christmas movies—I can watch The Last Holiday over and over, just ask my wife…who cannot. Also, it’s fun to get a glimpse into the life of people who look like you but live different cultural experiences. It’s also interesting to see the dynamic of adding a cultural outsider to family dynamics, something I’m intensely familiar with at this point in my life. You find out all of the things you have in common—this Christmas my family played a rip-roaring game of Family Feud; apparently Steve Harvey is famous to all Black people—as well as the things that are different that allow for a bridge of understanding. My family, comprised of Black Americans and Africans, at this point, is both of those things all of the time now and I love it.

So yeah, if you need a new holiday movie to add to the rotation of classics, Boxing Day will be waiting for you under the mistletoe.