Attorneys for Dr. Phil and the executive producer have denied the allegations in the latest report from Buzzfeed News

According to a recent report, the Dr. Phil show has been accused of a toxic work environment, with former employees speaking out about their experience on the popular show.

Dr. Phil, which is currently in its twentieth season, premiered back in Sept. 2002 after Dr. Phil McGraw gained popularity from his appearances on The Oprah Winfrey Show. Twenty years in, the show is still one of the highest-rated talk shows on television.

The recent report from Buzzfeed News, however, details a negative and “toxic” work environment at the show, despite its success. 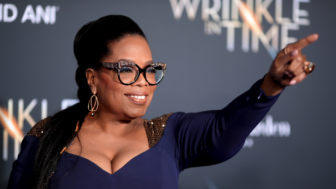 The report features allegations from a dozen employees, past and present, of the popular show. In the report, one former employee shared, “Everyone was just pretty miserable. You would walk into the building and there was just a palpable dread and anxiety. Dr. Phil — the show about mental health where everybody who works on it has terrible mental health because our work conditions were really bad.”

Two former employees also allege they “experienced racism behind the scenes.” Five of the employees said that executive and senior producers of the show, “would openly mock guests who came on the show, specifically making remarks about the appearances and behaviors of people of color and mimicking the way Black and Latino guests spoke.”

In another account, a former employee detailed an instance where they were instructed to see that a guest on the show did not take their prescribed medication. The employee alleged, “We were specifically instructed, ‘Make sure that she doesn’t take her medication before she goes onstage,’ because they wanted her to look unstable and quote-unquote, ‘crazy,’ for lack of a better term.”

“She did take the medication because no one got there in time and I remember thinking, ‘My God, I don’t want to be the one to tell them or dissuade them from that,'” the former employee continued. “And that’s all for the sake of TV. Obviously this girl should be on her medication and that’s what we’re trying to get her help for, but for the sake of TV they wanted her to look off the rails.” 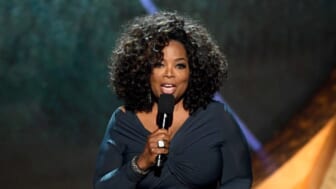 Also Read:
‘The Oprah Winfrey Show The Podcast’ kicks off on March 3

A spokesperson for the show went on to defend their environment, citing their diverse staff, many of whom have been there, “for two decades, have sincerely and respectfully worked with thousands of appreciative guests.”

The spokesperson continued, “From the beginning, show executives have strived to create a collaborative, safe, and open environment for Dr. Phil McGraw and all staff and guests. We are grateful for the overwhelming number of proud, dedicated colleagues who have helped achieve our sustained success through 20 seasons of the program with many more to come.”

The report also includes statements from current employees, still anonymous, who detail an “intense” but purposeful and fulfilling environment at the show. Still, many of these former employees leveling the allegations say they never reported their issues in fear of retaliation.

The full report from Buzzfeed News is available to read here.