OPINION: By engaging in this abhorrent racist practice, Republicans are reducing the number of Black candidates who can be elected to public office across our country. 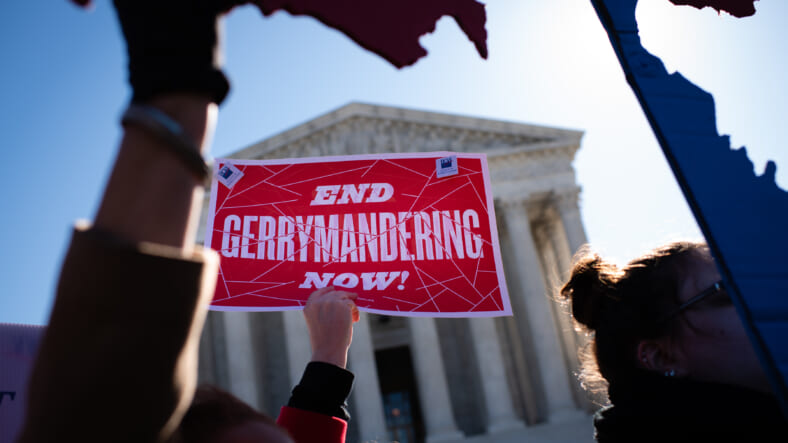 A Fair Maps Rally was held in front of the U.S. Supreme Court on Tuesday, March 26, 2019 in Washington, DC. (Photo by Sarah L. Voisin/The Washington Post via Getty Images)

Voting is one of the most powerful tools wielded by Black Americans during our long struggle for civil rights, justice, and equality. Those who have tried to deny our right to vote over the past 245 years know this, which is why they have fought so fiercely since America’s founding – and continue to fight today – to keep us from casting ballots in free and fair elections open to all eligible citizens.

This is a fight that we – Black Americans, Hispanic Americans, ALL Americans – cannot and must not lose. In a country that depends on the active participation of all of its citizens in our democratic processes, we all know that Black votes matter.

Although some, albeit very few, Republicans are currently working alongside Democrats to ensure that Black votes matter and to court our votes, most GOP leaders are actively conspiring to pass federal and state laws that will create unjust and unequal barriers to Black Americans to register to vote and to cast our ballots.

Equally pernicious are Republican efforts to redraw boundaries of congressional districts to aid their candidates and to disadvantage Democratic candidates, particularly Black Americans.  This is called “gerrymandering,” named after Massachusetts Gov. Elbridge Gerry, who signed a partisan redistricting bill in 1812, and it has been going on for more than 200 years. By engaging in this abhorrent racist practice, Republicans are reducing the number of Black candidates who can be elected to public office across our country.

Fortunately, several brave federal and state judges have declared the most blatant racist and nakedly partisan Republican gerrymandering unconstitutional. For example, earlier this month the North Carolina Supreme Court ruled that the Republican state legislature’s redistricting plan to give their party likely victories in 11 of the state’s 14 congressional districts is “unconstitutional beyond a reasonable doubt.”

Similarly, last month the U.S. Court of Appeals for the Eleventh Circuit rejected a congressional redistricting plan approved by the Republican-controlled Alabama legislature that concentrated a large portion of the 27% of Alabamians who are Black into one U.S. House district, thereby giving a Black candidate a realistic chance of winning only one House seat in Alabama. Shamefully, the U.S. Supreme Court voted 5-4 last week to block the appeals court ruling, allowing the redistricting map approved by the Alabama Republicans to be used for congressional elections in 2022. 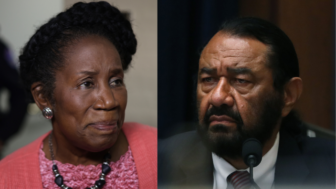 Court battles are also ongoing in other states, including Georgia, Ohio, and Tennessee, where Republican state legislatures are unjustly gerrymandering the number of competitive House districts where Black candidates have an opportunity to be elected, in order to dilute the impact of Black Americans’ votes.

Admittedly, Democratic state legislatures have also tried to advantage their party in the way they draw House district lines. But while Democrats want to end the unjust practice of racial gerrymandering, Republicans want it to continue.

So how exactly are Republicans doing this?

Simply put, Republicans are employing two very different ways of racial gerrymandering to try to reduce the number of congressional districts where Democratic, and specifically Black candidates, have a chance of winning elections.

In one method, Republicans have created one or more House districts with very large numbers of Black voters. As a result, in a district that is 75% Black, a Black Democrat has an excellent chance of being elected. But packing so many Black Democrats into one district reduces the number of us in other districts, giving White Republicans a much better chance of being elected in every other district.

In Republicans’ other method of racial gerrymandering, Black voters are split into small proportions across several House districts, thereby greatly reducing our numbers in every district and, consequently, greatly reducing the chances of Black Democrats being elected in any district.

To combat these unjust efforts and in the face of fierce opposition from Republicans, Congressional Democrats recently passed The Freedom to Vote Act (FVA) after combining it with the John Lewis Voting Rights Advancement Act. The FVA would end partisan gerrymandering by allowing it to be overturned in federal court. Not surprisingly, however, the FVA has been blocked by Senate Republicans under the filibuster rule, which requires a 60-vote supermajority to consider bills. 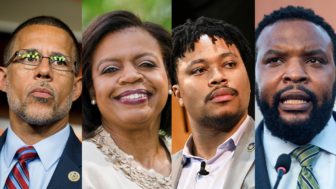 I would be remiss if I did not point out that the FVA would end partisan gerrymandering by both political parties. In this way, the Act is about simple fairness for each party and for all voters.

I personally do not believe Black candidates can only be competitive in Black-majority districts. Plenty of White voters have shown they are willing to cast ballots for Black candidates for local, state, and federal office. Just look at former President Barack Obama.

However, it is still a truism that a Black candidate running in a House district with a tiny Black population faces very long odds. So, in my ideal world, we would get more Black members of Congress if we could simply create more House districts where Black Americans make up roughly one-third of the population.

After centuries of racism when Black Americans, including my own ancestors, were enslaved and not considered worthy of even the most basic human rights, it is long past time that we be given the opportunity to vote for and run as candidates in free and fair elections.

Seizing this opportunity requires a significant number of reforms, including an end to gerrymandering via legislation at the federal and state levels or through court decisions. Needless to say, we have waited more than long enough.