28 Days of Black Movies: ‘Stomp the Yard’ features one of the most textbook displays of nonsensical Black pride; it’s almost beautiful.

OPINION: Ain’t nothing like a ridiculous show of pride to (potentially) ruin your upward mobility. 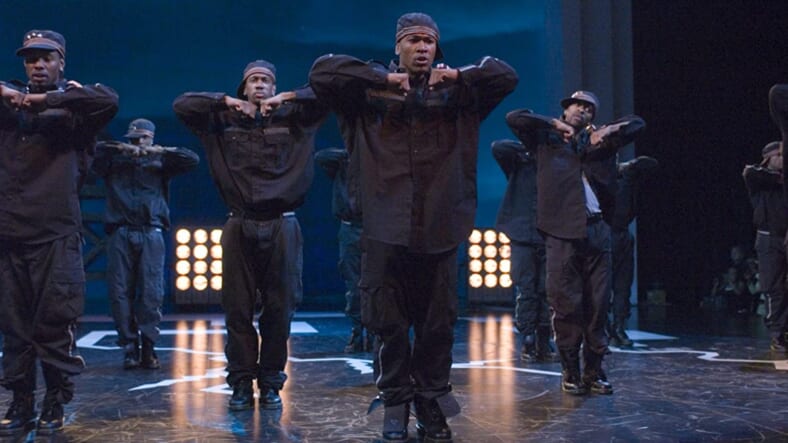 I’ve long said that pride is the No. 1 killer of Black men between the ages of birth and death. Well, it also turns out in the African American Cinematic Universe, and ‘pacifially in the case of the movie Stomp the Yard, it stood to derail the entire academic future of our protagonist, DJ Williams (Columbus Short).

DJ, if you will remember, is a student at Truth University, a historically Black college in Atlanta that sits right on top of Morehouse College and parts of Clark Atlanta University. It is also right next to Mission College and Atlanta A&T University. Atlanta has A LOT of colleges, real or imagined. Anywho, DJ, after getting into a fight in Los Angeles after a dance battle gone wrong where his younger brother, Duron (Chris Brown), was killed—I’ve always been fascinated by how seriously folks take dance battles in Los Angeles; You Got Served also devolved into frequent fits of violence after a particularly disrespectful gyration—is sent to Bel-Air…I’m sorry, to his aunt and uncle in Atlanta and Truth University. 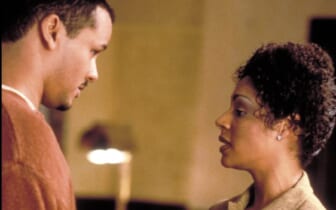 Also Read:
28 Days of Black Movies: I wonder if ‘Hav Plenty’ would be as popular as it is if it were released today (I doubt it)

While at Truth University, DJ does a few things. He goes to class; he learns the power of teamwork (and making the dream work); he does landscaping work; he steals Grant’s (Darrin Henson) girl, April (Meagan Good), with a tremendous dollop of swagu; and most importantly, after some convincing and seeing the most meaningful trip through a photo gallery ever, decides to pledge (in his freshman year, no less) Theta Nu Theta. This is the point of the movie, similar to 2004’s Drumline; DJ learns how to play in the sandbox with others and that learning helps him lead his fraternity to victory in a national competition that features a significant number of frats from Truth University—but not without some drama along the way (we’re getting to the pride).

If you’ll remember, Mr. Steal Your Girl, more or less, Prince Charmings his way into the life of April, who used to date Grant, who is also a member of Theta Nu Theta’s rival fraternity, Mu Gamma Xi. Well, obviously, Grant is unhappy with this—who wouldn’t be?—and so is April’s father, Dr. Palmer (Allan Louis), who is both the provost of Truth University and a member of Mu Gamma Xi. As it turns out, DJ was arrested over the death of his brother, convicted of assault and got hit with a felony that didn’t require him to go to jail but college; he also lied about it on his application (they say scholarship application in the film, but I’m struggling to understand what scholarship he actually got; DJ is clear that college was never for him, but whatevs). This results in his being suspended from school, THREE DAYS BEFORE THE NATIONAL STEP COMPETITION!

April’s father, who, OF COURSE, doesn’t like DJ because he’s a felon and a Theta and is ALSO the nephew of the original Mr. Steal Your Girl, DJ’s uncle, who “stole” his aunt from April’s father back in the day. A lot is happening here, I know. Anyway, April’s father can overturn DJ’s suspension and offers him a deal: Stop dating my daughter, and you can continue your education uninterrupted (and compete at the step competition). DJ, being a real one, tells him that who his daughter dates is up to her, and he turns down the opportunity.

Whew, sorry, I had to break all that down for this next part to make sense and get to the crux of the point of this retelling. DJ goes home and tells his aunt and uncle about the bribe from Dr. Palmer. His aunt says, “and you said no,” prompting DJ, a kid who is about to be kicked out of school for lying on his application (and passing on the opportunity to have it overturned by taking a break from his extracurricular activities for, like a week, real talk) to say some of the Blackest, pridefulest, career-altering statements of all of Black time:

Bruh. It was delivered with such conviction, it almost caught a felony. I don’t even really know what that means, for real. Look, I get that Dr. Palmer using his daughter as a pawn is dirty pool and, good gracious, what a terrible idea. How exactly is that playing DJ, though, is beyond me. He was giving DJ an offer to stay in school, one that DJ really could have just ignored once that overturn paperwork came through—it’s an HBCU, after all; you better make sure you have that paperwork before ANYTHING happens. 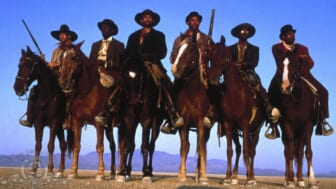 Also Read:
28 Days of Black Movies: I love ‘Posse.’ Here are 5 reasons to watch it that have nothing to do with Salli Richardson, who is TOTALLY in this movie

HBCUs…yeah, THEY play you on financial aid. But discerning that he was not to be trifled with in such a prideful sentence as if THAT’S the most important part here? Whew, chile, the Blackness is off the charts. I commend it. I want to hug that level of Blackness and appreciate it in a museum-style capacity. To hell with my education; that man can’t use his leverage against me, not me! Pride is a helluva drug. DJ was willing to throw it all away not to get played. Whew, chile.

As it turns out, and as you probably know, April heard her father using her as a pawn when DJ’s aunt confronted Dr. Palmer, causing her to be mad at her father. Dr. Palmer then realized he was being terrible, leading him to reverse the suspension (which, for the record, was probably actually warranted), allowing DJ to compete at the step competition, which Theta Nu Theta eventually wins after a step-off against Mu Gamma Xi. DJ gets to stay in school, learns the power of teamwork, continues dating April and helps win the step competition.

DJ did not get played but did contribute to ultimate Blackness in a most satisfactory, textbook fashion. We salute you, DJ.