A prominent Columbia University professor and psychiatrist was suspended on Wednesday, according to multiple sources, after sharing a controversial tweet about a Black model’s skin tone.

The professor, Dr. Jeffrey A. Lieberman, is the chair of the department of psychiatry for Columbia University’s College of Physicians and one of the most prominent mental health professionals in America.

On Monday, he reportedly shared a tweet including a photo of Sudanese-American fashion model Nyakim Gatwech, according to the New York Times, that referred to her dark skin in a way that many found offensive and concerning.

“Whether a work of art or freak of nature she’s a beautiful sight to behold,” Lieberman tweeted, according to the New York Times and several screenshots shared on social media. 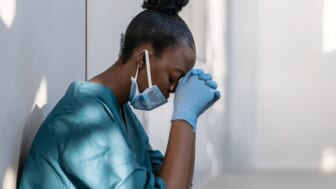 The professor’s tweet included debunked misinformation shared previously by Twitter user @zgforever about Gatwech breaking a fictitious Guinness World Record for having the darkest skin on the planet.

“It is not a work of art made of black stone or granite,” @zgforever tweeted on Feb. 17. “She is Sudanese model Nyakim Gatwech. The most beautiful among the black beauties. She is in the Guinness Book of World Records for having the darkest skin ever seen on earth. She is also known as the QUEEN OF DARK.”

Other Twitter users replied to @zgforever’s tweet by pointing out Guinness debunked this myth about Gatwech almost two years ago.

“Hi, this is not true as skin tone is not something we monitor,” Guinness World Records tweeted in May of 2020.

Lieberman’s tweet sent shockwaves through the U.S. psychiatric community due to his status. Some Twitter users expressed outrage about Lieberman, a schizophrenia specialist and one of the nation’s leading psychiatrists, referring to a Black woman as a “freak of nature” simply due to her skin color.

The field of psychiatry has a long history of racist practices against Black Americans. Pseudo science about Black people’s supposed mental capacity has been used to justify slavery and other medical atrocities.

The American Psychiatric Association acknowledged and apologized for that history early last year.

Gatwech’s complexion has been a subject of conversation online for years. The model took to Instagram on Wednesday to set the record straight herself.

“I have no idea where it originated, but my manager first brought it to my attention in 2020 and although we’ve denied it to multiple fact-checkers, clearly it’s still floating around even after @guinnessworldrecords stated that it does NOT monitor skin tones,” Gatwech continued. “I can’t imagine it’s even possible to know who’s the lightest or darkest person on the planet!”

The school did not immediately respond to an emailed request for comment on Saturday.

Lieberman also resigned as executive director of the New York State Psychiatric Institute by Tuesday evening, according to the newspaper.

“We condemn the racism and sexism reflected in Dr. Lieberman’s tweet and acknowledge and share the hurt, sadness, confusion, and distressing emotions you may be feeling,” the institute’s new acting director Thomas Smith and other leaders wrote in a Wednesday afternoon email to staff, the New York Times reported.

Lieberman previously served as president of the American Psychiatric Association, which issued a statement on Thursday reaffirming its commitment to an anti-racist agenda.

“In the aftermath of a racist and hurtful Twitter post by a past president of the APA from earlier this week, the APA Board of Trustees reiterates its position that both racism and sexism harm the APA as an organization, the field of psychiatry, and the people and communities we serve,” the board said. “Past APA presidents do not speak for, or on behalf of, the APA.” 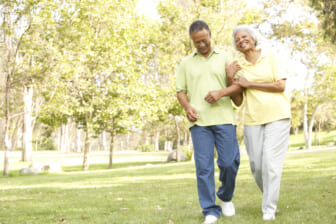 Lieberman described his Monday Twitter remarks about Gatwech as “racist and sexist ” in a Tuesday apology email sent to his Columbia University colleagues, according to the New York Times.

He also said he was “deeply ashamed” of his “prejudices and stereotypical assumptions,” the newspaper reported.

“An apology from me to the Black community, to women, and to all of you is not enough,” Lieberman wrote, according to NYT. “I’ve hurt many, and I am beginning to understand the work ahead to make needed personal changes and over time to regain your trust.”

Columbia University did not immediately respond on Saturday to theGrio’s request for comment.