Tim Leissner admitted on the stand that he “faked” his divorce from his previous wife, Judy Chan Leissner, to marry Simmons.

However, according to his new testimony in the bribery trial of his former colleague Roger Ng, Leissner also confessed to being deceptive in his personal life.

According to the New York Post, Leissner admitted on the stand that he “faked” his divorce from his previous wife Judy Chan Leissner to marry model/entrepreneur Kimora Lee Simmons. 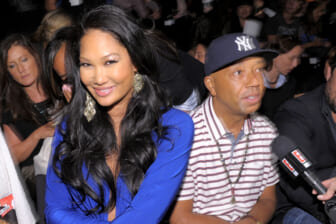 He also said that he tried to convince Chan to give him money for a home that he wanted to buy with Simmons. “Judy did not want to make any transfers related to my new family life in Los Angeles,” Leissner told the jury—saying that he lied and told Chan that the money was for Low. “It didn’t work,” with Chan, he said. “I think she did some research on the Internet and found out I was trying to buy this house.”

Leissner has pleaded guilty to charges of money laundering and forfeiting $43.7 million. He and Lee Simmons are currently estranged and share one son, Wolfe Lee Leissner, together.

Leissner and Lee Simmons are facing a lawsuit from her previous husband, Russell Simmons, who claims that the couple attempted to defraud the energy drink company that they are all investors in— Celsius. 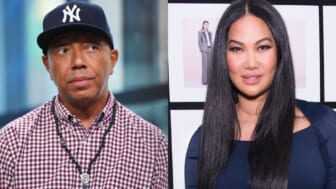 Per People, Simmons accuses Kimora and Leissner of fraudulently transferring his stocks to pay Leissner’s $44 million fine after his guilty plea to criminal conspiracy to commit money laundering.

Simmons requested that Kimora and Leissner “reaffirm” his 50% of Celsius shares, pay money and punitive damages, along with legal fees.