OPINION: Women players have been treated like second-class athletes ever since they started competing in earnest. If owners want to make it better for them by chartering flights, they should be allowed to do so. 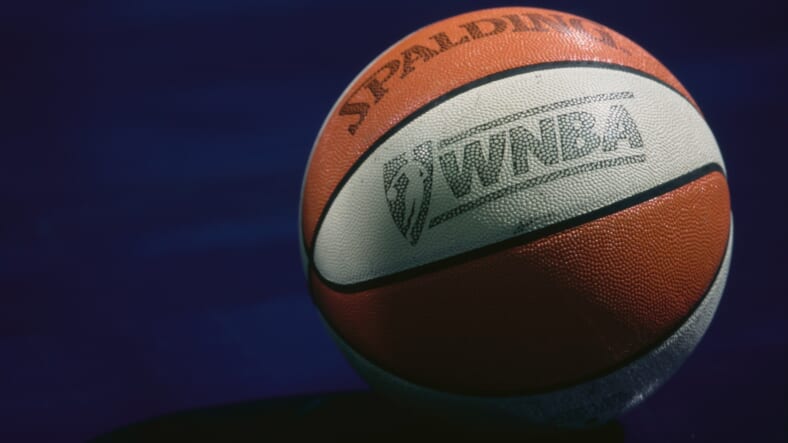 The first takeaway regarding last week’s controversy over chartered flights for the WNBA’s New York Liberty is simple:

They knew the league’s collective bargaining agreement expressly forbids teams from using chartered flights. They knew not every franchise has the stacks to provide such arrangements. They knew there could be serious repercussions if someone snitched and word got back to league headquarters. 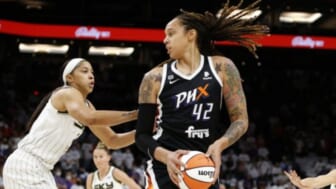 And the Tsais STILL said eff it.

They didn’t put the Liberty on a private flight just one time, but for all five road games following last season’s All-Star break. Oh yeah, a real boss move: They flew the team to Napa Valley for a getaway over Labor Day weekend during the final road trip. Sabrina Ionescu, who co-stars with Chris Paul in one of those State Farm commercials, commemorated the excursion with a festive TikTok from sun-drenched California: “Can your owners do this???? Wassup??!”

A few WNBA owners have the means to. But their “want to” has been diminished like the Tsais’ bank account, now 500 grand lighter after a league-record fine.

When it comes to chartered flights and limits on player perks, the WNBA made it clear that no means no—regardless of an owner’s pockets. Sports Illustrated reports that the league considered harsher measures, including the loss of draft picks, suspending ownership and even “terminating” the franchise. As part of the punishment, a team official was removed from the league’s executive committee.

WNBA commissioner Cathy Engelbert doesn’t apologize for hammering the Tsais to enforce the CBA, the holy grail of any sports league. “Rules exist to create that competitive balance and give every team an opportunity to compete for a championship under fair rules,” she told ESPN Thursday. Six seasons remain on the current labor deal, which was reached in January 2020 and included higher salaries, bigger bonuses, and fully paid maternity leave, among other benefits.

(Maximum base salaries were bumped from $117,500 to $215,000, but not enough to deter top players from heading overseas in the offseason. Phoenix Mercury star Brittney Griner has played in Russia the last seven winters for over $1 million per season. She was arrested at a Moscow airport last month after authorities said her luggage contained vape  cartridges with hashish oil, raising fears about her health and safety if Russia uses her as a political pawn.)

The WNBA was dragged by critics for its response to the Liberty’s five-star accommodations. Women have been treated like second-class athletes ever since they started competing in earnest. Travel has been a WNBA sore spot for years, with teams sometimes forced to take multiple commercial flights and barely make it to arenas on time. Players come out of their own pocket for better seats.

The Las Vegas Aces once had to forfeit a game after 24 hours of a sleepless commute to Washington, D.C.

Chartered flights are standard in the NBA. While the WNBA has provided them on occasion for teams in the playoffs, it says regular-season use by owners who can splurge would create a competitive advantage. Maybe it should rethink that theory, considering New York went 0-5 after such plane rides.

Teams might play better or have a better chance at signing free agents, but there’s no guarantee every owner wants to go above and beyond anyway. Joe Tsai reportedly didn’t gain majority support for an “unofficial” proposal that would’ve allowed teams to fly via charters for three years. The league says there was just an agreement to consider opportunities New York has yet to present. “If there had been (a proposal), it would’ve been supported,” Engelbert said.

But the controversy has revealed an apparent rift among the owners.

Some reportedly use their franchise like tax shelters to absorb corporate losses. Others use them like virtue signals—“Look at me, I support women’s sports!”—instead of valuable business entities. “The charity narrative is misogynist and frankly wrong,” Atlanta Dream owner Larry Gottesdiener tweeted in response to the unnamed peer who Sports Illustrated reports “proudly proclaims the value of the WNBA team to be zero.” 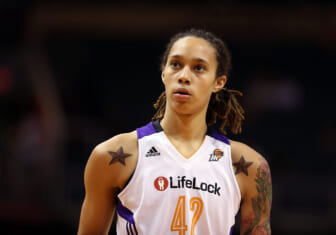 Teams should be allowed to fly charter as often as they want on their dime if they can afford it. I know the CBA outlaws the practice, but loosening the prohibition could incentivize owners who aren’t on the same level as the Tsais, Goettesdiener, and the Aces’ Mark Davis. The big ballers are trying to up the WNBA’s game, and the small fry needs to keep pace or sell to buyers who can.

Engelbert says the league, at this point, is unable to fund charter flights for an entire season, which would cost over $20 million a year. “Without sponsors stepping up, it’s just not in the cards right now,” she said. Unfortunately, unless some major benefactors materialize between now and 2027, charters are out of the picture.

And the Tsais’ gangsta days are over.