Some students engaged in hallway "sit-ins” at an Arkansas high school in protest of the administration’s management of the situation.

Students at an Arkansas high school pushed back against what they deemed as unfair treatment after a Black student and a white student were given an equal suspension for fighting, despite the Black student’s previous reports of being bullied.

The encounter at Fordyce High School, located in the city bearing the same name, was captured on video, and a recent report from Fox16 says the video ”blew up” on Thursday, Feb. 24. It is unclear on what date the fight occurred. The clip shows a Black male student being punched, kicked, pushed and placed in a choke hold by a white student in what appears to be a school locker room. The targeted student appears to fall unconscious, where he continues to be kicked in his back and head.

Both students were suspended for the same amount of time, according to the news station. The report notes that some students engaged in hallway “sit-ins” at the school in protest of the administration’s management of the situation. They claim the victim of the beating had previously reported being bullied.

“The same amount of punishment, like, that’s not right,” Enough Smith, an alumnus of the school who graduated in 2021, told Fox16. “You can clearly see in the video that he didn’t want to fight the guy, and the guy still was picking on him, throwing shoes on him.” 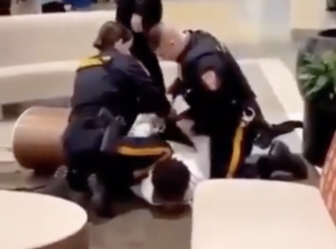 The school district has reportedly given the white student a “modified expulsion,” while the school board has refused to give comment to the Black student’s current status, according to a Fox16 report.

Parents and community members flooded a school board meeting March 3 at Fordyce Middle School where they expressed frustration that bullying has been allowed to continue in the district. 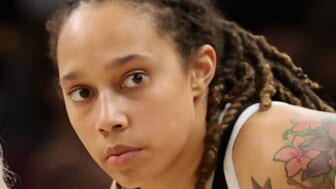 Fordyce School District Superintendent Dr. Judy Hubbell told the Camden News in early March that an inquiry into the fight continues. “This video came to light about two days ago and we can’t discuss student discipline because that is confidential information. We are in the process of investigating this case and taking care of it,” she told the news outlet. “We don’t want bullying on our campus. We want to have a safe campus, but this just came to light and we are working on this, we are talking through the process.”

Fox 16 reported that an organization called the Martin Luther King Commission will hold a workshop for students about bullying in response to the incident.