The Feb. 28 Zoom meeting hosted by a North Carolina community coalition was attended by about 30 people, more than half of whom were seniors.

In what North Carolina community leaders called a “deplorable incident,” a man reportedly exposed himself, repeated the n-word and committed a lewd act during a Zoom meeting between members of a community betterment group.

First reported by Cornelius Today on March 8, the cyber assault occurred during a Feb. 28 virtual meeting of the Smithville Community Coalition, based in the historically Black Smithville community approximately 20 miles north of Charlotte, per the Charlotte Observer.

During the incident, a man described as white and potentially in his late 20s or 30s, defecated and said the n-word three times before the meeting involving about 30 people was terminated by a coalition member.

The routine monthly meeting was attended by “about 16 to 18 senior widows” who are Black, said Justin Miller, community organizer for the coalition, as reported by the Observer.

Miller reportedly ended the meeting twice, with the perpetrator invading both times, per Cornelius Today. 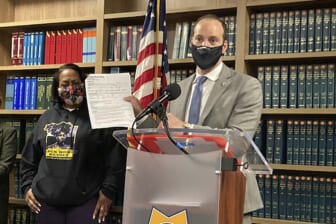 “While the incident was deplorable, it also speaks to some people’s emptiness,” Willie Jones, coalition member and leader of redevelopment efforts in Smithville, told Cornelius Today.

“Who would do that in an environment with many older women in attendance?” Jones asked, as reported by the Observer. “Nobody does that to their grandma.”

Per the outlet, Ken Joyner, assessor for Mecklenburg County, was conducting the question-and-answer portion of the meeting when the hacker appeared on screen, causing what he called “an unfortunate, uncomfortable incident” in a statement.

Joyner added that he’s “very empathetic with the Smithville community participants who had to see the hackers and hear their comments. It was distracting and took away from the purpose of the meeting,” according to reports.

In his statement to the Observer, Joyner said “an unsecure Zoom link” was used for the meeting, adding that the coalition is “asking future groups who want us to speak to consider either upgrading to a more secure feed or consider meeting in person.”

Jones told the outlet the coalition did not file a police report, which he said was partially due to historic mistrust of police and because attendees of the meeting were not required to submit identifying information such as an email address.

He also told the Observer that he was unable to find instances of similar perpetrators being caught following virtual meeting intrusions. He said the coalition will not let such an incident happen again. 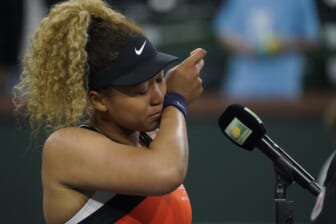 As reported by Cornelius Today, Jones said he was still shaken a week following the incident, addressing the hacker directly in a statement.

“The SCC is trying to serve people who could not reach their human potential because of the legacy of racism and segregation,” Jones said, turning his attention to the perpetrator. “We pray that you, the bomber, find something to believe in that is beyond your selfishness and emptiness,” he said, per Cornelius Today.