EXCLUSIVE: Civil rights attorney Ben Crump tells theGrio that the U.S. Department of Justice is "investigating all possible civil rights violations from the top to bottom" in Taylor's police-involved killing. 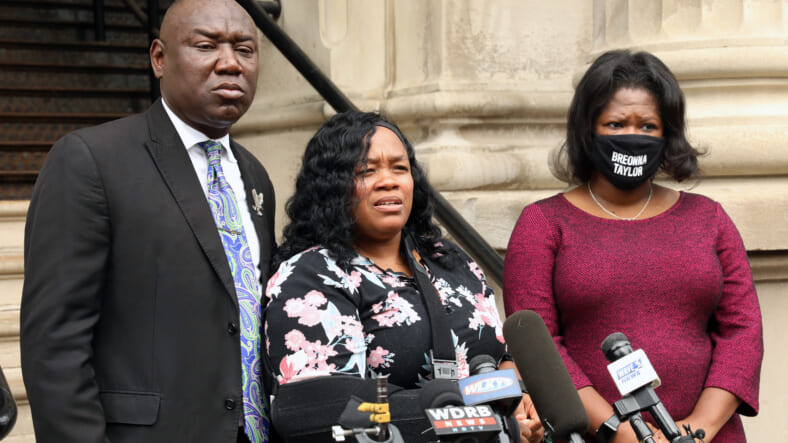 Breonna Taylor’s mother Tamika Palmer (C) addresses the media over the speed of the investigation of her daughter’s death as attorney Benjamin Crump (L) and co-counsel Lonita Baker (R) looks on outside Louisville City Hall on August 13, 2020 in Louisville, Kentucky.(Photo by John Sommers II/Getty Images)

A day after the second anniversary of Breonna Taylor’s police-involved death, her mother and civil rights attorneys met with U.S. Department of Justice officials looking for answers in the federal investigation of the Kentucky officers who killed her while she was sleeping during an execution of a no-knock warrant search that turned deadly.

The Justice Department is giving very few details of the meeting with Tamika Palmer, the mother of Breonna Taylor, and civil rights attorney Ben Crump.

“Assistant Attorney General Kristen Clarke and attorneys in the Civil Rights Division met with the mother of Breonna Taylor, members of her family and her attorneys. As has been previously stated, this matter is currently under investigation and we have no further comment,” the DOJ said in a statement provided to theGrio.

Attorney Crump, however, told theGrio that department officials reiterated to him and Palmer that the recent not guilty decision in the case against police officer Brett Hankison involved in the raid that ultimately killed Taylor has no bearing on their federal investigation that is wide-ranging.

“Right now they are investigating all possible civil rights violations from the top to bottom. As you know, everything is pattern and practice. When they did the study two years prior to Breonna being killed in the city of Louisville, 82% of all the no-knock warrants executed with them kicking in people’s doors were against African-Americans,” Crump told theGrio. “So, you know, they are looking at if there were any civil rights violations that happened that resulted in her death.”

Louisville, Kentucky police officer Jonathan Mattingly, who shot Taylor six times, was not charged. A grand jury decision to not charge Mattingly surrounded whether to not the officer endangered the neighbors with gunshots and not the fatal shooting of Breonna Taylor, who was shot in various body parts, including her feet.

However, the city of Louisville settled a wrongful death suit with Taylor’s family who received $12 million. The city and its police department have since implemented significant reforms to its ranks. 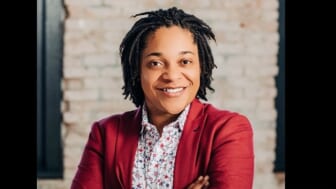 Still, questions continue to swirl around when the Department of Justices will conclude its investigation on the Taylor death. When asked, sources close to the matter contend they don’t believe this will take years.

On a related note, when the sweeping law enforcement reform bill, the George Floyd Justice In Policing Act, broke down on the Hill, the Biden Justice Department acted in place of Congress by banning no-knock warrants and chokeholds for federal law enforcement officers. Biden is also mandating body cameras for federal officials.

A White House official told theGrio, ”these actions took place as Republicans would not come to the table in good faith” and even “backed away” from minimal mandates on policing from then-President Donald Trump who was in support of police over accountability.

Meanwhile, the White House is still working on the pieces of the puzzle to get elements of the George Floyd Justice In Policing Act passed into law.

Democratic lawmakers are looking at the possibility of passing each component of the George Floyd bill as a stand-alone as it could not work in the comprehensive all-inclusive bill. Just this last week the Senate passed the anti-lynching bill into law. It is the first-ever anti-lynching law on the books in the United States. A lynching component was part of the failed George Floyd Justice In Policing Act.