Ariana DeBose reflects on award-winning role in ‘West Side Story’

DeBose is nominated for Best Actress at the 94th Oscars for her role as Anita in Steven Spielberg's hit remake of the 1961 movie musical.

Ariana DeBose has become a movie star, thanks to her role as Anita in Steven Spielberg’s reboot of West Side Story ,and her appearance in the film has touched her on a personal level.

DeBose’s rise to stardom started in 2009, when she was a contestant on Fox’s So You Think You Can Dance. From there, she put together a stellar run of Broadway shows from Hamilton to Motown The Musical, to a Tony Award nomination for Summer: The Donna Summer Musical. 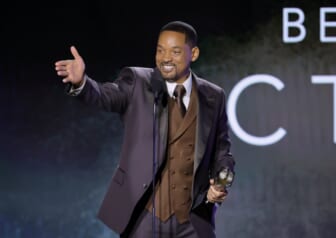 But as Debose told The Wrap this week, as an openly queer woman of both white and Puerto Rican descent, she has a deep connection with the original 1961 version of West Side Story that goes back to her youth.

“When I was growing up, I was one of the only people who looked like me in my community,” DeBose said. “West Side Story gave me the opportunity to completely immerse myself in a way that I had not been afforded until then. So for me, West Side Story has been an incredibly healing project.”

DeBose has received numerous accolades for her performance in the film. So far, she has earned a British Academy Film Award (BAFTA), a Golden Globe, a Critics’ Choice Award and a Screen Actors’ Guild Award for playing Anita. The actress said that she is still processing the fact that she is still up for a best supporting actress Oscar this month. 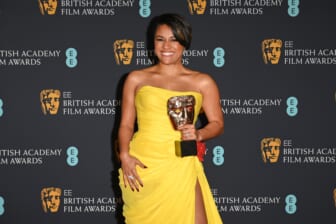 “I don’t think you do wrap your head around it,” DeBose told The Wrap. “I know I certainly haven’t. I was aware of the chatter around the performance even before the film had come out. I actually think you should dare to dream, but when you get this close to something that you have dreamed of, you don’t want to jinx yourself.” At the same time, she noted, “I am someone that believes in infinite possibility. If you work hard, then essentially, anything should be possible.”

DeBose played Anita, originally played by Rita Moreno in the 1961 film. Moreno was also cast as Valentina in Speilberg’s version, and DeBose expressed gratitude for her mentorship on set. She paid homage to Moreno during her Critics’ Choice Award acceptance speech on Sunday, which she accepted from London.

“You made space for me to thrive beside you,” DeBose said of Moreno. “I am not in front of you, and I am not behind you, and I am beside you. And that is the greatest gift you could have ever given me.”