The Academy Award-winning director of "12 Years a Slave" was knighted by Princess Anne at Windsor Castle.

Steve McQueen will now be known as Sir Steve McQueen. The British filmmaker received a royal knighthood on March 15. Accompanying him at the ceremony was his mother, Mary.

McQueen, 52, was appointed his knighthood at Windsor Castle in Berkshire, England, during an Investiture Ceremony. Princess Anne performed the ritual of tapping a kneeling McQueen once on each shoulder. The princess, also known as Princess Royal, stepped in for her increasingly frail mother, Britain’s Queen Elizabeth II, according to Variety.

Queen Elizabeth II, 95, was diagnosed with COVID-19 earlier this month.

McQueen has enjoyed considerable success in the film industry. He made history when he became the first Black man to win an Academy Award for Best Picture for 2013’s 12 Years a Slave. The film also won a British Academy Film Award (BAFTA) for Best Film, and a Golden Globe for Best Motion Picture — Drama.

In addition to 12 Years a Slave, McQueen also earned a BAFTA for Outstanding Debut by a British Writer, Director, or Producer for his 2008 film, Hunger. The film, starring Michael Fassbender and Carey Mulligan, was about the Irish hunger strike of 1981. Fassbender also starred in 12 Years a Slave and McQueen’s 2011 film, Shame. 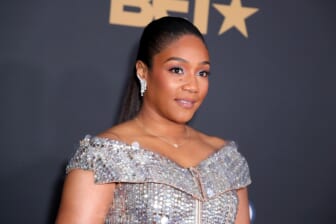 With the exception of 12 Years a Slave, McQueen has also written or co-written the screenplays for his award-winning films. This includes his 2018 heist thriller, Widows, starring Viola Davis, Daniel Kaluuya, and Liam Neeson.

McQueen’s Amazon anthology television series, Small Axe, a collection of five feature-length dramas, received critical acclaim for its stories of West Indian immigrants living in London. He wrote or co-wrote and directed all the episodes. British thespians John Boyega and Letitia Wright are among the actors in the series. 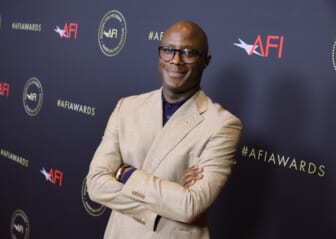 McQueen is currently working on Blitz, his next film with New Regency. Not much has been disclosed about the film, but McQueen did tell Princess Anne that he hopes to begin shooting this fall.

“It’s about London, starting in 1940, this is what we’re attempting to do and we’ll see how it pans out,” McQueen said.